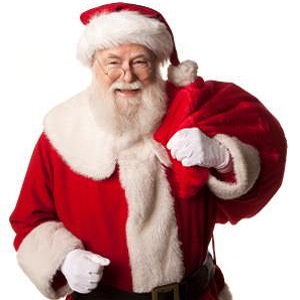 [Blind Gossip] This famous actor probably thinks that he is in the clear from those charges of inappropriate behavior involving women who worked with him.

Boy, does he have a surprise coming!

He likely thought that after denying everything, the #MeToo heat would cool off and everyone would move on.

There is a law suit being filed. It’s more than a half dozen women – working actresses and acting students – all with similar charges. #MeToo is facilitating the filing.

Law suit preparations take time, but our slimy TV and movie actor may be getting served by the end of this year.

Similar: Take Your Clothes Off 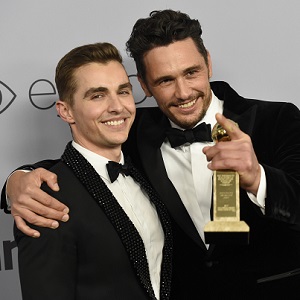 Your friends at Blind Gossip first told you about the disgusting doings of slime ball actor James Franco at his “acting school” in an exclusive back in 2017 (see The Hunting Ground).

We also told you this in the summer of 2019 that a law suit was coming before the end of this year from the actresses and acting students he exploited and assaulted.

In a lawsuit filed Thursday, the women say the school pressured them into uncomfortable activities and promised acting opportunities that did not materialize.

After James Franco wore a Time’s Up pin to the Golden Globes Awards in 2018, several women publicly accused him of misconduct.

The women came to the acting school with hopes of developing their skills, furthering their careers and working with its celebrity founder, James Franco, the film and television star.

Instead, these women say, Mr. Franco and his partners subjected them to sexually exploitative auditions and film shoots, all while promising them roles in movies that never materialized or were never released.

In a lawsuit filed on Thursday in Los Angeles County Superior Court, two former students of an acting school that Mr. Franco helped create say that the now-defunct program was little more than a scheme to provide him and his male collaborators with a pool of young female performers that they could take advantage of.

The two women, Sarah Tither-Kaplan and Toni Gaal, say in the lawsuit that Mr. Franco and his partners “engaged in widespread inappropriate and sexually charged behavior towards female students by sexualizing their power as a teacher and an employer by dangling the opportunity for roles in their projects.”

These actions, the suit says, “led to an environment of harassment and sexual exploitation both in and out of the class.”

In 2014, Mr. Franco, a star of the HBO series “The Deuce” and films including “127 Hours” and “The Disaster Artist,” opened a film and acting school called Studio 4. He owned the school, which had branches in Los Angeles and New York, with a business partner, Vince Jolivette. Mr. Franco and Mr. Jolivette are named as defendants in the lawsuit, as is their Rabbit Bandini production company and its general manager, Jay Davis.

James Franco is the principal of Rabbit Bandini.

Representatives for Mr. Franco and Mr. Jolivette did not immediately respond to requests for comment on Thursday afternoon. There was no answer at a phone number listed for Rabbit Bandini.

Ms. Tither-Kaplan and Ms. Gaal joined the Los Angeles branch of the Studio 4 school in 2014, where they each paid a monthly tuition of about $300. They said they and other students were promised opportunities to audition for independent films that Franco directed and produced — auditions that were supposed to be exclusive to Studio 4 students, but which they said were open to other actors as well.

The women said the school also offered additional master classes, which could cost as much as $2,000 each, including a $750 master class for sex scenes. According to the lawsuit, prospective students for the sex scenes class had to audition on videotape — so that Franco could later review the material, they were told — and sign away their rights to these recordings.

In auditions and classes, the women said they were encouraged to push beyond their comfort zones while they were denied the protections of nudity riders and other film-industry guidelines that govern how actors can be portrayed and treated in nude scenes. Their lawsuit says the class preyed upon “often young and inexperienced females” who “were routinely pressured to engage in simulated sex acts that went far beyond the standards in the industry.”

Ms. Gaal said she recorded an audition for the sex scenes master class and participated in a callback, but was ultimately not accepted into the class after she voiced her unease about how it was being run.

Ms. Tither-Kaplan said she went on to take the class, which provided a stepping stone to roles in Mr. Franco’s independent films, some of which remain unreleased. In these roles, Ms. Tither-Kaplan said, she was often asked to appear in n*de scenes or sex scenes. During the making of an *rgy scene for one of his films, Mr. Franco removed plastic guards that covered other actresses’ vaginas while he simulated oral sex on them, according to the lawsuit.

That last sentence tells you everything you need to know about James Franco as a predator.

The Studio 4 school was closed in the fall of 2017. The lawsuit seeks monetary damages and the return or destruction of any video recordings of former Studio 4 class members, as well as class-action status so other women who may have similar experiences can join.

Mr. Franco has previously faced questions about his treatment of women in his work and in his personal life. In 2014, messages that he had exchanged over Instagram with a 17-year-old girl were shared online, and Mr. Franco acknowledged that he had tried to pick up the girl.

In 2018, The Los Angeles Times published a report in which several women, including Ms. Tither-Kaplan, detailed what they said was Mr. Franco’s pattern of inappropriate and abusive sexual behavior.

That year, at the awards ceremony for the Golden Globes, Mr. Franco wore a pin expressing his support for Time’s Up, a movement started by prominent figures in the entertainment industry to combat sexual misconduct. At the time, he was roundly criticized on social media by Ms. Tither-Kaplan and other viewers who noticed this.

In other appearances at awards shows and on talk shows, Mr. Franco said that he supported the rights of women to call attention to acts of sexual misconduct, while contending that his own accusers had made inaccurate claims about him.

Even so, he suggested that he was open to making amends where appropriate. In a January 2018 interview on “The Late Show With Stephen Colbert,” Mr. Franco said: “If there’s restitution to be made, I will make it. I’m here to listen and learn and change my perspective where it’s off.”

Ms. Tither-Kaplan said in an interview that she has not been in contact with Franco for nearly two years, and she felt she had seen no effort from the actor to live up to these promises.

“I can’t sleep at night knowing that my coming forward, originally, did not do the work that I wanted it to do yet,” she said. “There still has been no action, publicly, that shows me that these people know what they did is wrong and harmful and can’t been repeated.”

Ms. Gaal, who did not know Ms. Tither-Kaplan during her time at Studio 4, said her own experiences had left her with a wariness about the entertainment industry.

“You have faith in these people, in their credibility and you trust that won’t be taken advantage of,” she said in an interview. “It’s alarming that you definitely can get manipulated because you’re vulnerable.”

Still have that Time’s Up button, James Franco?

By the way, we’ve written several other blind items about James Franco and his abusive behavior toward some higher-profile name actresses over the past few years.

Those actresses have been extremely hesitant to come forward in fear of hurting their careers. We can’t solve them until they do come forward, but we hope that this law suit will embolden them to do so.

Congratulations to MQuinn for being first with the correct response!

And kudos to Toni Gaal, Sarah Tither-Kaplan, and all the brave women who are publicly coming forward to tell their stories!

Similar: Take Your Clothes Off