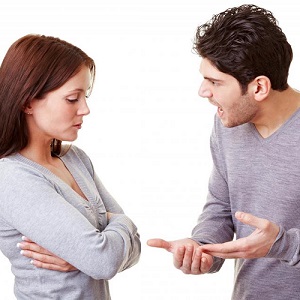 [Blind Gossip] We’ve told you before that this slimy actor/director has made some of the women on his set extremely uncomfortable.

There is a young actress who comes from a very famous acting family spanning several generations. You might not know her, but you definitely know her family.

A couple of years ago, just as she was starting her career, she worked on a small film with Slimy. She was over 18, but still approximately half his age. The part was so small that it was uncredited. She was flattered when he offered her a part in a second project. It was another small film but he gave her a bigger role… and started paying a lot of attention to her.

She was doing a scene and he told her to take her clothes off. That wasn’t in the script. She refused. He told her that she needed to learn how to improvise. He went back and forth from being really nice to her to bullying and berating her to refusing to speak to her.

She finally did take her shirt off but was really upset about it. After they finished that day, he started texting her all these personal messages. She thought it was creepy and unprofessional. She was so confused and traumatized by the whole encounter that she told her mother that she decided to quit acting.

So her acting career was over just as it was starting.

Now, her mother is a famous actress. And, unfortunately, she knew exactly how her daughter felt.

Why? Because many years ago, a famous, now-disgraced producer in a bathrobe became forceful with her in a hotel room!

The mother managed to get away, but she was traumatized by the encounter. She told people in the industry what had happened… and was told to keep her mouth shut.

She suddenly found it more difficult to book jobs. He had threatened to ruin her career. Was he telling others not to hire her? Her acting career went from booming to tepid practically overnight and continued to suffer for years.

Determined not to let the same thing happen to her daughter, Mom is staying close to her and is trying to bring her into a project in which she is a principal. She is hoping that a positive experience will boost the daughter’s confidence and make her want to act again.

The daughter has a very unique, haunting look that alternates between quirky and gorgeous. She is really quite captivating onscreen, so we hope she comes back from this and doesn’t let one jerk ruin her career.

As for the slimy actor? He thinks that if he keeps a low profile, all the allegations against him will blow over.

Don’t count on it. The moms are talking. The girls are talking. None of them will ever forget what he did to them and how he made them feel.

Time’s Up, Slimy. And don’t you wear that button ever again!

Producer In A Bathrobe:

[Optional] What advice would you give the daughter?