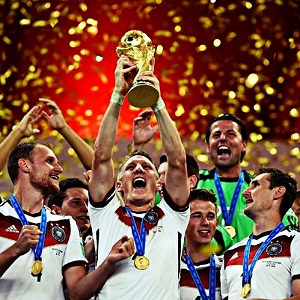 [Pop Bitch] The wife of which German player was shagging around so carelessly while he played at the last World Cup that she accidentally left some X-rated photos with her lover on an iPad at a hotel?

The pictures were found by the room’s next occupant who tried to sell them on but, because he’s popular (and was helping Germany win the cup), the German press didn’t really want to print them.

[Optional] Which team are you rooting for in the World Cup? Which team do you think will win?