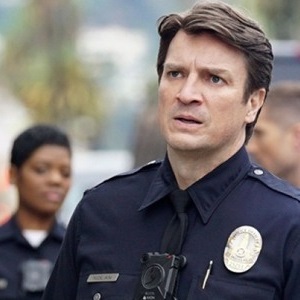 [Blind Gossip] There is a drama series on ABC called The Rookie. The lead actor is Nathan Fillion. The show had a successful first season and was picked up for a second season.

One of female stars of the show will not be coming back.

She claims that she was bullied, s*xually harassed, assaulted, and subjected to racist remarks on the set. 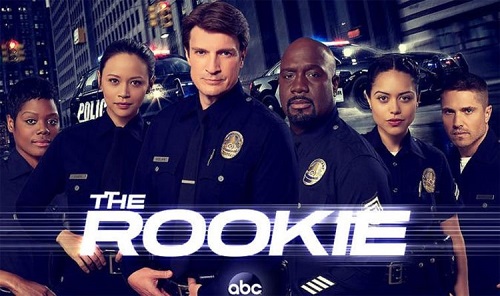 Although Williamson reported these events to the Showrunner and Executive Producers of the show, their response seemed to be both weak and slow.

I will not be returning for Season 2 of The Rookie. I owe it to you my amazing fans to share the Truth.

Throughout the filming of the pilot, I experienced Racial Discrimination/Racially Charged inappropriate comments from the hair department and bullying from Executive Producers.

During the Season, it continued along with S*xual Harassment from a recurring guest star and the racist commentary & bullying from the Hair Dept. Head escalated into S*xual Assault at our Wrap party.

The S*xual Harassment though reported directly to the Showrunner/EP remained undocumented and was not reported to HR as promised.

The Hair Dept. Head was fired ONLY after the s*xual assault and NOT for an entire year of outward racism/racially charged language and bullying behavior in and out of the Hair and Makeup trailer.

HR protocol was never adhered to following the above reports given by me to my Showrunner/EP and an investigation was never issued for any of my claims.

The only time I was asked to participate in an investigation was after a meeting I called in June following our Season 2 announcement. This meeting included the Showrunner and two other producers as well as my agent and SAG-AFTRA Union Rep.

It was clear to all present in the meeting that the Showrunner had not shared my reports with the any of the producers. After my initial report of s*xual harassment, I was assured that the actor would be fired. I was also asked to film with him the very next day as a courtesy to the script, even though we had not begun filming the episode yet. This actor reappeared on our call sheet at the end of the season, I was even written in scenes with him. I asked the Showrunner about this and he admitted to me that the actor had not been fired nor had he gotten HR involved.

I was asked to return this season, and promised that “everything was handled.” The investigation hadn’t even begun and Season 2 had already started filming.

I turned it down and I walked. Now is the best time in the world to be a woman and I have a platform so it’s time to use my Voice. Strength comes from within. It comes from Above. “Greater is He that is within Me than he that is in the world”

The Showrunner of The Rookie may be Alexi Hawley, who has worked with Nathan Fillion since Castle. There are a half dozen Executive Producers on the show – including actor Nathan Fillion – and more than a dozen other producers, so it is unclear who among them was appraised of this situation.

Regardless, there seems to have been a failure on the part of the Showrunner and Producers and ABC to address this situation promptly and professionally.

[Optional] Do you think she did the right thing by quitting? What do you think will happen now?

Actress Afton Williamson has made the bold move of announcing the names of her two perpetrators.

Williamson claims that she was s*xually harassed by actor Demetrius Grosse. You may know him from his roles on Frontier, Westworld, The Brave, Banshee and Justified. 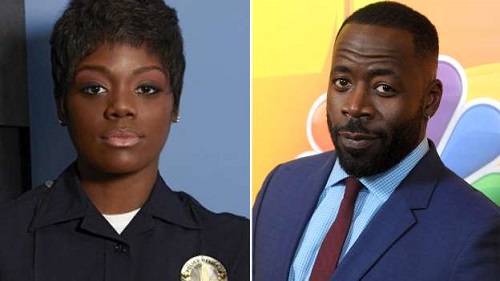 Williamson also claims that she was racially bullied and s*xually assaulted by hair stylist Sallie Nicole Ciganovich. Ciganovich has previously worked on 22 Jump Street, Wisdom of the Crowd, Stitchers, Bones, and So You Think You Can Dance. 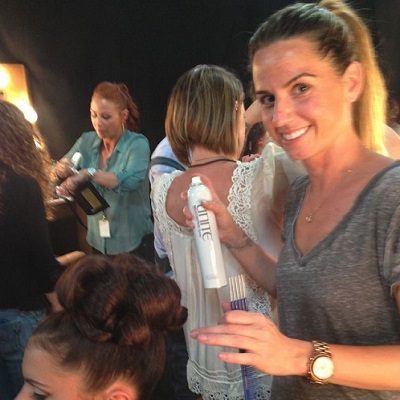 Afton Williamson, “The Rookie” actress who announced over the weekend she was quitting the ABC police drama after stating she was subjected to bullying, racist comments, s*xual harassment and s*xual assault, is now publicly naming the people she accused.

On Sunday, the actress said she was s*xually harassed by a “recurring guest star,” who she identified late Monday as actor Demetrius Grosse, who played Detective Kevin Wolfe in five episodes in Season 1, according to his IMDB page.

She also accused the show’s “hair department head” of racial discrimination and “racially charged inappropriate comments,” as well as bullying that “escalated into s*xual assault at our wrap party.” She named the department head as Sallie Ciganovich.

“This season on ‘The Rookie,’ I was s*xually harassed by fellow actor Demetrius Grosse. I was racially bullied and discriminated against and s*xually assaulted by hair department head (Sallie) Nicole Ciganovich,” Williamson wrote in the post.

USA TODAY has reached out to representatives for ABC, Grosse, Ciganovich and Williamson for comment.

Williamson played LAPD training officer Talia Bishop opposite star and executive producer Nathan Fillion, who plays a 40-something police trainee. ABC announced in May the show would get picked up for a second season.

ABC entertainment president Karey Burke told reporters Monday at the Television Critics Association’s summer press tour that she’s “frustrated” and doesn’t “have a lot of answers” currently. She said she learned of the allegations at the end of June and, as far as she knows, that’s when the investigation began.

“I wish I had more,” she said. “We are waiting for answers… As soon as we learn more, we will make determination based on what’s found.”

Here is Afton Williamson’s statement that names the actor and the hair stylist.

To my Fans, my Friends, my Supporters:

I want to Thank EVERY SINGLE ONE OF YOU. I am so beyond overwhelmed by the outpouring of love, kind words, scriptures, strength filled quotes and devout support that has come my way. One Instagram post is just like those 2 fish and 5 loaves of Bread.

The rippling effect it has had in just a few hours shows how much this world is aching with victims of racism, discrimination, s*xual harassment, s*xual assault, s*xual abuse all of it. I am no stranger to all of the above even before this experience. But it is through this experience and my platform that God pushed me to use the power within me. It just takes a VOICE. I never imagined so many of us have experienced these horrible circumstances and that can NO LONGER GO UNHEARD.

We have a voice. ALL OF US. It is our DUTY to use it. I used to fear the word Victim. I scoffed at it because all I was told when these injustices happened to me, was to Survive. Survivor I am. Victim I am also. A victim of injustice. A victim of assault. A victim of abuse and harassment. If you have experienced any of the above, you are too and I for one stand with you and I’m no longer afraid to be vocal about it.

We Can Stand Together. Let’s Change This Sickness. That Change starts with US.

This season on The Rookie, I was s*xually harassed by fellow actor Demetrius Grosse. I was Racially Bullied and Discriminated against and S*xually Assaulted by Hair Department Head Sally Nicole Ciganovich. Let’s BE the CHANGE we WANT to SEE

Most victims do not name names for years (or ever) for fear of retaliation or being blamed. Afton Williamson’s statement is a highly unusual move.

She certainly has everyone’s attention now. We hope that her actions will lead to these charges being fully investigated!

Nathan Fillion is not just the lead actor on The Rookie. He is also one of the Executive Producers.

Your friends at Blind Gossip have told you in the past that Fillion does not have a great record in dealing with his female costars (see Hollow Point Victory), so we will be particularly interested in hearing how he handled this issue on his set!

No one had the correct guess before the names were publicly released.

Like the SOLVED items? Read more of them HERE!