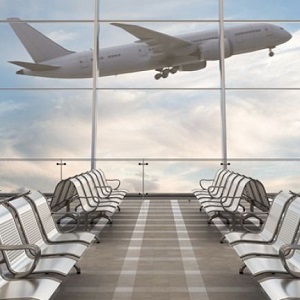 [Blind Gossip] This celebrity couple was at the airport in a major city.

One of them is the star of a teen TV drama that features a lot of pretty people.

The other is a model/actress.

In the past week or so, they were at the gate of a flight departing for a European city.

Right before they started boarding the flight, the two of them got up and walked over to the gate, I’m guessing because they had first class or business class tickets. While they’re standing there they started kissing.

This wasn’t just a normal kiss. It was all open mouths and tongues and pawing each other and grinding against each other. They were practically having sex while standing up!

Classy! Did anyone else notice?

There weren’t that many people there, but yes. I don’t think most people knew they were famous. Mostly people were just shocked or embarrassed. This was right in front of families and kids and was so inappropriate.  The parents were tying to turn their children away and distract them.

Save the children! Anything else?

At one point it looked like one hit the other by accident on her breast and she got mad and pushed the other other one and yelled. Then they boarded the plane and I didn’t see them again.

[Optional] The most disgusting/surprising/annoying thing you’ve witnessed at the airport/on a plane?