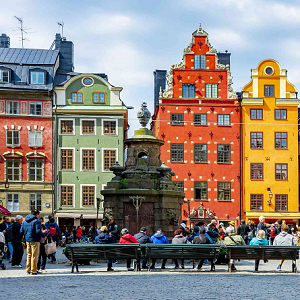 [Blind Gossip] Many people have been wondering why this family has not been more brutal and decisive in cutting out its rogue members.

Fortunately, we have some insight from an insider!

The family is thinking about the long-term implications.

While they are upset about what is happening, they do believe there will come a time in which he will return to them.

What time is that?

They believe there will be a divorce within five years.

So, what is their strategy?

They must allow him to go but keep in contact and leave the door open for him to return.

If they close the door on him, he might feel obligated to stay in the marriage longer because there would be no where else for him to go.

What about his wife?

The most frequent word I hear used to describe her internally is “duplicitous.”

They know that from the beginning she has said or done whatever she needed to do to capture him, all while planning to do the exact opposite after marriage.

If they knew this, why didn’t they warn him?

They did so repeatedly! Any warnings from the family were summarily dismissed by him.

This is a powerful family. Can’t they take her down?

Despite the conspiracy theories, his family will not “take her out” or publicly “take her down.”

They have dual objectives: To get him to return to the family, and to protect the family. To do both requires great restraint on their part.

For example, they know that they can not criticize her openly.  Criticizing her would only result in his defense of her and in her positioning herself as the victim or martyr.

Unfortunately, she has conditioned him to see her as his only ally and his family as the enemy.

So, does this mean that his family will work with her?

Only insomuch as to facilitate his return. That is a primary objective.

That wording almost makes him sound like he is being held captive.

In many respects, he is an emotional hostage who is siding with his captor.

He is not locked up in a room, but he is emotionally tied to her because she has successfully alienated him from everyone else in his life.

She is in charge and he will not work against her.

That sounds like Stockholm Syndrome. Can’t his family pay her a “ransom” to get him back?

Right now, she is confident that she can make much more money with him than by giving him up. That is what makes this situation so unusual.

It certainly will be interesting to see how this all plays out! 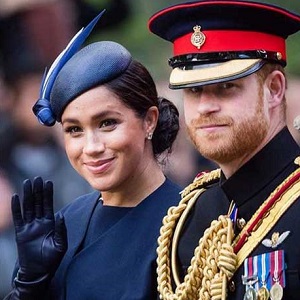 Your friends at Blind Gossip told you a year ago that there is a very interesting dynamic between Prince Harry and Meghan Markle.

Although he is the one from a prominent family – and is much wealthier and more famous than Markle – she has been in charge from the beginning.

We are now getting public confirmation of our blind item from a year ago.

So let’s talk about Harry The Hostage.

From The Daily Mirror:

Royal aides dubbed Prince Harry ‘the hostage’ in the run-up to his and Meghan Markle’s wedding, it has been claimed.

The Duke and Duchess of Sussex’s tell-all interview with Oprah Winfrey is due to air this weekend in a dramatic week for the Royal Family.

Yes, Oprah Winfrey – who didn’t even know the couple before being invited to their wedding – is getting the interview she has planned from the beginning.

This should be interesting.

Harry and Meghan tied the knot in a fairytale ceremony at Windsor Castle broadcast around the world in May 2018.

It was a nice wedding, wasn’t it? 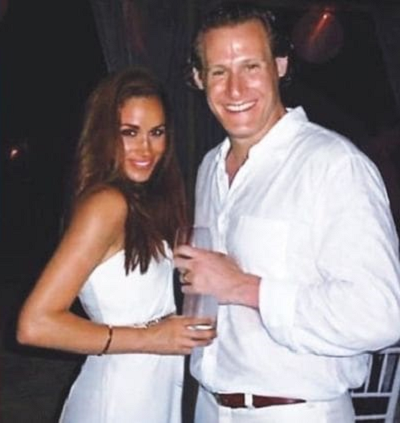 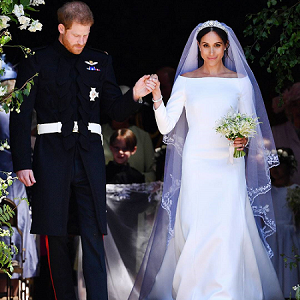 But the run-up to the wedding saw reports of tension between the couple and staff.

After an argument reportedly erupted over Meghan’s tiara, Prince Harry is said to have clashed with the Queen’s dresser Angela Kelly.

The incident sparked a telling-off for Harry from the Queen after he allegedly fumed “what Meghan wants, Meghan gets”.

That last sentence sums up everything.

It has now been claimed that royal aides behind the scenes had dubbed the 36-year-old ‘the hostage’.

“The Hostage.” There you go!

Harry The Hostage knew what the protocol was but was more beholden to Meghan’s demands.

The couple reportedly “insisted” on the same-inflation adjusted budget for their wedding as Prince William and Kate.

The weddings of Prince Charles’ siblings, Princess Anne, Prince Edward, and Prince Andrew were not of the same scale as Prince Charles’ wedding and did not get the same coverage because they were not the heirs to the throne.

Of course Prince William, the future king, should have a grander wedding than Prince Harry. 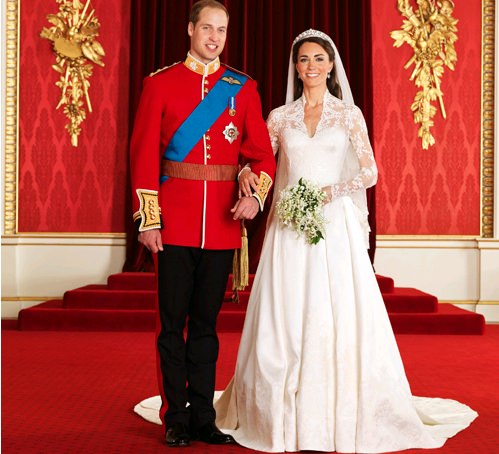 Harry knows that this is how it works.

We wonder where Harry The Hostage suddenly got the idea that his wedding should be equal to Prince William’s wedding?

One source told the Telegraph Meghan “got everything she wanted but it still wasn’t enough.”

They added: “She was constantly looking for reasons to say she had been deprived.

“Also she wanted drama from the very beginning. In the centre of a storm, she’d always be very calm.”

So she would get in there, create drama, and then sit back and watch the result.

It comes as the Duchess of Sussex criticised the constraints she faced when a working royal and said it was “liberating” to be able to “say yes” to Oprah Winfrey’s request for an interview.

Asked what was “right” about this moment to talk, Meghan paused for a few moments and replied in the clip aired on CBS This Morning: “Well, so many things. That we’re on the other side of a lot of… a lot of life experience that’s happened.

“Also that we have the ability to make our own choices in a way that I couldn’t have said yes to you then. That wasn’t my choice to make.

She is a victim.

“As an adult who lived a really independent life to then go into this construct that is…different than I think what people imagine it to be, it’s really liberating to be able to have the right and the privilege in some ways to be able to say yes.”

“Different than I think what people imagine it to be.”

No. You can’t plead ignorance on this one, Meghan.

Everyone knows that they call the BRF “The Firm.” That’s because it is a job. A job that comes with a lot of perqs and a lot of rules and formalities and a construct.

Does anyone think being part of the British Royal Family means being able to wear and say and go and do whatever you want, whenever you want?

Being a member of The British Royal Family means supporting The United Kingdom and its customs and its citizens. It means helping to strengthen national unity and stability. It means staying out of politics. It means ribbon- cutting ceremonies and attending the opening of a new hospital wing.

That’s the job. Harry knows that.

And Harry certainly told Meghan that those were the responsibilities of the job, and she certainly witnessed it herself before the wedding, so she can’t pretend that she didn’t know that.

Then again, she did pretend that she barely knew who Prince Harry was before dating him.

Meghan and Harry’s bombshell interview is the latest dramatic development within the monarchy, which has seen allegations of bullying made against Meghan, which her lawyers have denied.

Of course they have denied it.

Meghan Markle is the Ellen Degeneres of The BRF. 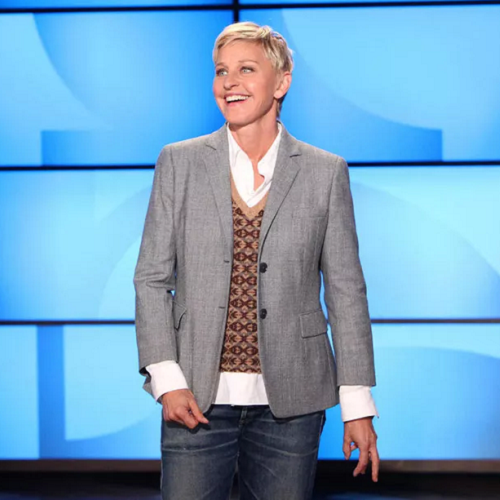 If you are Meghan’s “equal” (e.g. an actor or celebrity) or “superior” (e.g. a producer), or if a camera is trained on her, she is lovely to you.

However, if there are no cameras around, and she deems you to be her inferior, watch out!

Then again, we probably shouldn’t mention Ellen Degeneres. She really thought that she was going to be the one to land that Meghan Markle interview instead of Oprah.

That is, until her staff revealed that “kind and compassionate” Ellen was really a raging bully to those who worked under her. Whoops. (See Her Rules Stink for all the details.)

Meghan Markle reportedly flew into a rage at a PA because blankets were the “wrong shade of red” and her outbursts left her entire staff on the verge of quitting, insiders claimed last night.

It comes after claims the Duchess of Sussex bullied and humiliated aides at Kensington Palace – which she denies.

Ahead of her bombshell interview with Oprah Winfrey, royal aides insisted they had bent over backwards to accommodate Meghan.

But according to a report in the Sunday Times, a former aide to one of the most senior members of the royal family claimed “half the staff threatened to quit” over tensions allegedly caused by the Sussexes.

If half your staff is threatening to quit, you’ve got a problem. And the problem probably isn’t your staff. The problem is probably you.

Another Palace source claimed: “The entire household was on the verge of quitting … it was drama, drama, drama with those two.”

Drama, drama, drama? From an actress? Gee, there’s a shocker.

The former aide said one incident that caused alarm occurred when Meghan hosted a shooting party at Sandringham for Harry’s friends, shortly after their engagement.

Wait a minute. Meghan Markle, the animal right advocate who bragged about her vegan leather pants, hosted a shooting party? 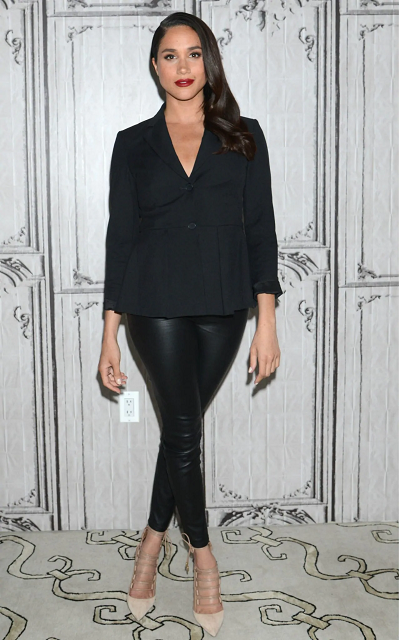 One where they shoot animals? 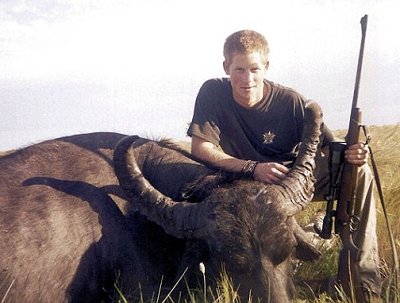 Anyway, back to the blankets and the hissy fit.

She had ordered personally embroidered red blankets for each guest, but was not happy with what she received.

“When they arrived, they weren’t the right shade of red for Meghan and she went mental at Melissa [Touabti],” the source said.

Melissa was Meghan’s former personal assistant, who is alleged to have left “traumatised” because of Meghan’s volatile behaviour.

Buckingham Palace is investigating allegations Meghan was an “outrageous bully” to her staff before she departed Britain last year.

Meghan also reportedly took issue with the way in which the BBC’s Mishal Husain conducted she and Harry’s engagement interview. 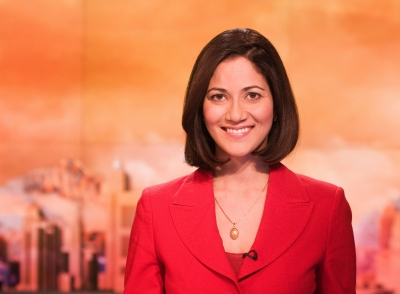 Remember, it’s everyone else’s fault. If your interview fails to make Meghan happy, you are a bad journalist.

It was further claimed Meghan had been given first choice from the Crown Jewels for her wedding – but that she had still been unhappy.

The insider claimed: “They insisted that they had the same inflation-adjusted budget for the wedding as William and Kate – she got the choir she wanted, the dress, the carriage procession, the tiara – she got everything she wanted but it still wasn’t enough. 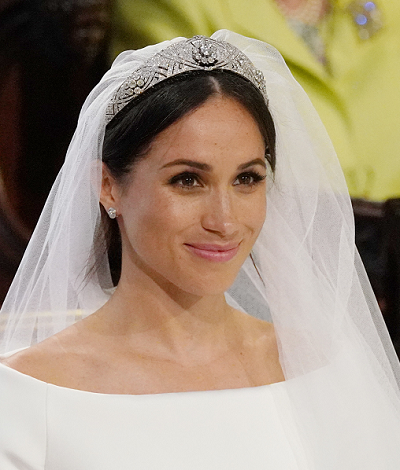 “She was constantly looking for reasons to say she had been deprived.”

“Also, she wanted drama from the very beginning.”

Ten aides are now ready to testify against Meghan Markle.

That tells you everything you need to know about how she treats the people “beneath” her.

Back to Stockholm Boy, a.k.a. Harry the Hostage.

He will be at the interview with Oprah. But Harry The Hostage is a mere background player now in a dramatic production called The Meghan Show. The Meghan Show is produced, written by, directed by and stars Meghan Markle.

Harry The Hostage’s friends and family can only watch as this drama plays out.

Congratulations to Lealeablue2 for being first with the correct answer!