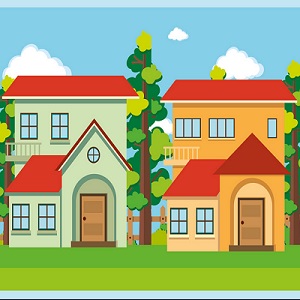 [Blind Gossip] It’s always interesting to see how couples interact at the VMAs… but did you know that one of these couples is a big fat lie?

They were fronting. They broke up months ago. They don’t live together and they don’t even hook up. He’s moved on, but if he can get some music sales or publicity out of pretending they’re still a couple, he’s down with that.

The fact that she is keeping up appearances by claiming that they live together and that she wants to get pregnant next year by him makes all of this especially odd. Unless there’s a big payday in it for him?

Similar: Not In The Same House

[Optional] How long will they keep up this lie? 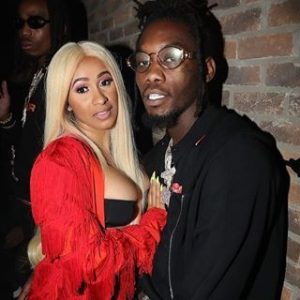 Couple: Cardi B and Offset

Your friends at Blind Gossip told you in February 2018 that the relationship between Cardi B and Offeset was not going well (see You Can Be Replaced).

Although they got married and had a baby together, it did not help the relationship. The two stopped living together over the summer.

However, the couple continued to pretend they were still together. They made public appearances together and Cardi B even talked about having another baby.

Offset already had three kids with three other baby mamas, so it might have been unrealistic for Cardi B to think that he would settle into domestic life with her once baby Kulture arrived.

And he did not.

Cardi B and Offset have just split up!

Cardi B Announces Split With Offset

Cardi B has announced her split from husband Offset in an Instagram post Wednesday morning. The post, which included the caption “There you go..peace and love,” detailed the couple’s decision to call it quits.

“So everybody been bugging me and everything,” Cardi said in the video. “And you know, I been trying to work things out with my baby father for a hot minute now. And we’re really good friends and you know we’re really good business partners and you know, he’s always somebody that I run to, to talk to and we got a lot of love for each other, but things just haven’t been working out between us for a long time.”

She also confirmed that the split is amicable and was mutually agreed upon. “It’s nobody’s fault,” the rapper continued. “It’s just like, I guess we grew out of love. But we’re not together anymore. I don’t know, it might take time to get a divorce. And I’m going to always have a lot of love for him because he is my daughter’s father and yeah.”

The couple, parents to daughter Kulture Kiari Cephus, secretly married last September in Atlanta. The relationship has been public since early 2017, but the marriage wasn’t confirmed by the pair until this past summer. Offset responded to the rapper’s Instagram post with the comment: “Y’all won.”

Cardi B and Offset’s whirlwind romance was documented in a Rolling Stone cover story this summer as Cardi B was planning her baby shower. “People want to make fun of me, saying I’m the fourth baby mom,” Cardi said. “[But] I know I’m not having a baby with a shitty-ass man.”

“We really love each other,” Offset added. “She’s real. I wanted real. I also wanted successful.”

Well, here’s to a real and successful divorce!

Congratulations to Booboogirl for being first with the correct response!

Related: You Can Be Replaced