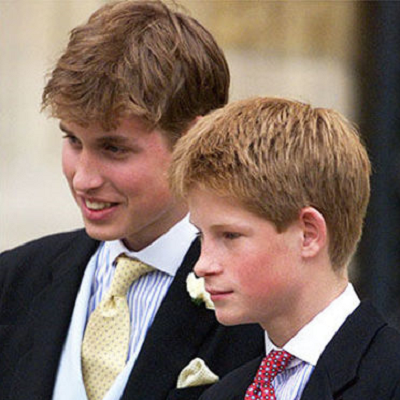 [Blind Gossip] When you see actors play siblings on TV, it is natural to think that their close relationship extends beyond their working relationship.

It’s beneficial for the viewing public to think that they are close because it helps viewers to suspend reality while watching the show. It also helps in the promotional department.

It’s especially easy to believe they must be close if they have worked together for many years.

However, just like real-life siblings Prince William and Prince Harry, the close bond they once seemed to share does not always reflect the shapeshifting that can take place in the shadows.

The truth is they are actors. They have big egos. They will do and say what they need to in order to succeed. It is a job. They work for money.

These two actors played on-screen siblings for many years.

Their show ostensibly ended because they decided they wanted to spend more time with their families.

At least, that was what was said in public.

However, Actor 1 had a plan that he did not share with Actor 2. He started developing a new project. A new project that involved their same characters.

While doing this, he did not consult with, seek the approval of, or involve his former on-screen sibling in any way.

Naturally, Actor 2 is super upset about this.

This is about more than hurt feelings. This is about [Actor 1] being a sneaky bastard, lying about why he wanted to stop the show, and then trying to bring back a different version of the show on his own, squeezing out [Actor 2] and all his old cast mates and getting all the credit (and money) for himself.

An actor lied? He wanted the credit and money for himself? What a shock!

[Optional] Is Actor 1 sneaky or smart or something else?