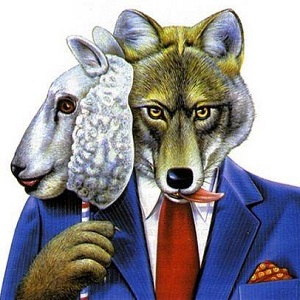 [Blind Gossip] This actress has over a million followers on Instagram. It’s not difficult to see why.

She is young, gorgeous, and was one of the stars of a cable ensemble show that is popular among teen viewers.

We’re going to tell you about a recent betrayal in her life that has really upset her.

We’re also going to give you some details about that betrayal that even she doesn’t know about!

She was dating a handsome young man who has a huge social media following among millennials. He seems like a really nice and funny guy, and people have been rooting for years for the two of them to get together.

They were dating for over a year when she found out that he had a little “gift.” He could only have obtained that “gift” from someone else while they were dating.

Yes, it turned out that this nice guy was really a wolf in sheep’s clothing. Not funny. And definitely not nice.

Our teen-favorite actress broke up with the wolf. She was very upset by the betrayal.

Oh, it gets worse.

Here’s the bit she doesn’t know: Her ex-boyfriend was sleeping with… the actress’ best friend… and Personal Assistant.

That, folks, is what you call a double betrayal!

[Optional] If you found out your current partner was cheating on you, would you immediately break up with them? Why or why not?