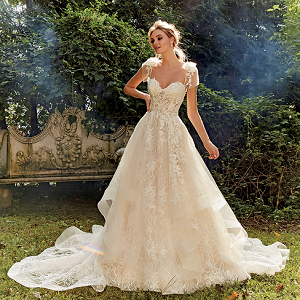 [Blind Gossip] This pretty lady was one of the stars of a TV show that has been running on cable for several years now.

She recently had a big, happy life event. Her boyfriend got down on one knee and proposed to her!

Of course she went on social media declared how shocked she was and what a big surprise it all was.

Was she actually shocked and surprised?

The whole thing was staged. They went ring shopping In January. After they got the ring, she bought her wedding dress.

Perhaps she didn’t know exactly when or where he was going to propose?

They had a meeting to discuss how to stage the proposal so it would look like it was NOT staged and from what angles the photographer would take the photos.

So everyone knew everything in advance. There was no surprise. At all.

The house in which he proposed looks nice, though. Perhaps they could hold a summer wedding there?

By the way, the show is not Jersey Shore.

[Optional] Was your wedding proposal a surprise?