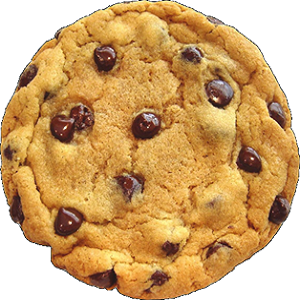 [Blind Gossip] These actresses on a current TV series got a little tired of a certain actor making them feel uncomfortable with his overly personal behavior.

One was creeped out by the fact that he would whisper in her ear, “You’re my chocolate muse.” She asked him to stop – and he would – but a few days later he would start up again.

Instead of going to HR, she took matters into her own hands.

He loves chocolate chip cookies. She baked some for him with both regular chocolate chips and some [chocolate laxative] and gave them to him as soon as he got to set. She told him that they were a gift from her and [a couple of other actresses on the set who had the same problem with him] and that he shouldn’t share them with anyone else. She said he ate all of them.

We’ll cut to the chase. Approximately six hours later, he was in the bathroom. For an hour.

When he emerged, she walked up to him and whispered in his ear, “Don’t call me your chocolate muse ever again. Understand, douchebag?”

He’s been incredibly respectful on the set ever since.

[Optional] Women: Every had a creepy boss or coworker? What is the creepiest thing they did?