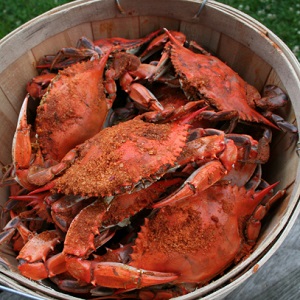 [Blind Gossip] For many years, this music man has been at the top of the food chain.

It’s not because of his early history – which was very sketchy – but for the way he managed to expand his business interests beyond music, make huge amounts of money, marry a beautiful and famous singer, and serve as a role model in his community.

Now the very people who idolized him are figuring out who he really is… and they are steaming mad about it!

Sit down, pour yourself a glass of ice cold lemonade, and listen to what a former colleague of his in the music industry had to say about him.

Everybody treats him like he’s made it on brains. The truth is that he’s actually been backstabbing people for years to get where he is. YEARS!

He’s not your friend. He’s not ANYBODY’S friend! For him, the whole world is like crabs in a barrel, all climbing on top of each other to get out. If you tell him you have a good idea, he will tell you not to do it. Then he will steal it and go do it himself. F*cker.

Nobody calls him on his sh*t because they don’t want to be on the outs with him. He acts like he has your best interests in mind, but he is a psychopath. Only thinks of himself. He would sell you out in a heartbeat. He’s the ultimate crab in the barrel.

I’m laughing about what’s happening to him now, because he’s f*cked over dozens of people (like [redacted, redacted, redacted]) and now everybody knows that they weren’t the only one! There’s a reckoning coming!

We don’t know what form that reckoning is going to take, but it sounds beyond ominous!