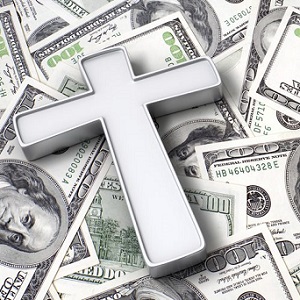 [Blind Gossip] What do you get when you mix religion with celebrity?

And this celebrity matriarch sees lots of money to be made with that combination!

It was originally just supposed to be a tax shelter, but now she realizes it could be a revenue generator. She is fascinated by [Competitor Church], which she sees as a model for what she wants to do. That’s why [her daughter] goes to [Competitor Church], to get the inside scoop on how everything works.

The long-term plan is to rebrand their own church to something catchy, expand the reach, and get attention by doing something outrageous or news-worthy at the service every week.

Each stunt will be publicized via photo ops and video clips. It doesn’t matter if you love it or hate it, as long as it gets attention.

What? You mean the family’s religious machinations aren’t actually about religion or about keeping a strong moral core? They’re about money and publicity and a possible TV show? Shocking!

We’ve been telling you all along: Everything they do is a calculated business move. Everything. 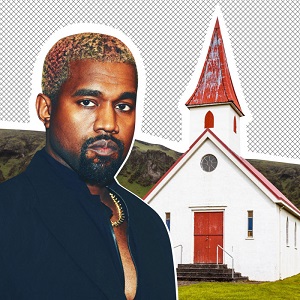 Kanye West And Kris Jenner are working on a plan to televise and capitalize on Kanye’s Sunday services.

The 42-year-old rapper wants to cash in on Christ!

Kanye West is so eager to spread the word of God to all of his fans that he is in the process of creating a reality show based on his celebrity-filled Sunday services, RadarOnline.com can exclusively reveal.

“Kanye is legit trying to sell a show that is based on his Sunday sermons and he is trying to get Kim’s mother Kris on board to help launch it,” a source close to Kanye, 42, said.

“He wants the show to air on Sunday’s right before Keeping Up With the Kardashians and he’s been telling people that this has been his goal ever since he came up with the idea for Sunday services.”

And although wife Kim Kardashian is clearly on board  with her husband’s desire to cash in on Christ, the insider told Radar exclusively that momager Kris Jenner is “skeptical!”

“Kris is having a hard time buying this and she knows that she is going to have a hard time selling it too,” the insider said.

Kris was weary about mixing religion with business. “Because Kanye’s show is religion-based, Kris does not know if she even wants to go there and she has told him this.”

As fans know, however, Kanye has been promoting his Sunday services on social media, as well as on recent episodes of KUWTK.

In addition, the rapper even started an overpriced clothing line, Church Merch, that was a huge hit at the 2019 Coachella Music Festival.

“He is determined to turn this into profit. He is producing a documentary and also is in the process of working on an album on the gospel sung at his services,” the insider added.

You can completely ignore that part about how Kris is hesitant about mixing religion with business.

The Kardashians have been using their own “church” as a tax shelter for years. After Hillsong started booming in popularity, Kris Jenner started seeing lots of profit potential in a music-based church. She planted that idea in Kanye and encouraged him to make it happen. Kris Jenner is no dummy. She is the one negotiating the deal. There is no hesitancy there.

A music-based, televised Sunday service starring Kanye and the rest of the Kardashian clan that airs right before Keeping Up With The Kardashians is just one more line of business for the Kardashian family.

Congratulations to Babs806 for being first with the correct response! 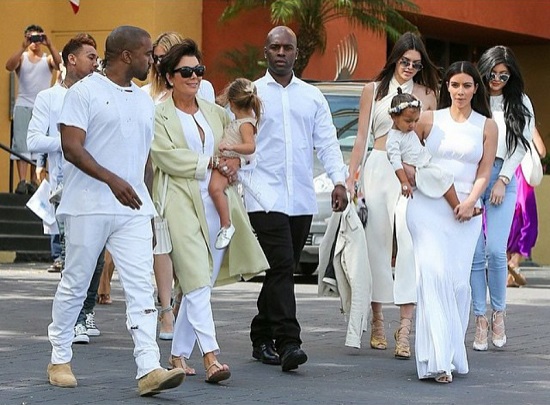