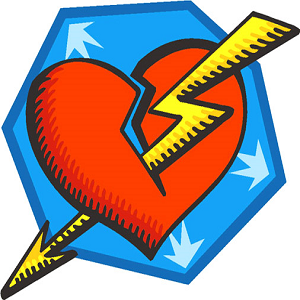 [Blind Gossip] While it’s sad when celebrity couples break up, it’s always interesting to see the spin surrounding the split.

Here are four breakups, the spin, and the truth!

Singer and Actor (married): She says she broke up with him because his consumption of substances did not fit in with her healthy lifestyle. The truth?

He broke up with her because she is a mess who cleaned up her act for five minutes to marry him and then went right back to being a f*cking lunatic. He feels like he got duped. Also, he is furious that she is trying to turn this around as if he was the problem. She is and has always been the problem.

Model and Singer (dating): They both say their careers are just too busy to spend quality time together. The truth?

He broke up with her because it he thinks the marketing benefit ran its course months ago. She’s not as hot publicity-wise as she was a year ago and there is nothing more to be gained from staying together. Plus she is annoying and needy to be around.

Actress and Actor (married): Both have been very quiet about their short marriage. The truth?

He cheated on her right after the wedding. Dude can’t keep that alien in his pants! Ha ha. I really don’t know how they are going to work together after this. They can’t feud in public because it would be bad for the show. She’s pissed, though.

Actress and Actor (dating): She says she broke up with him because they lived too far apart. The truth?

He says that it got to the point where dating her felt like a job. She’s not fun any more. He broke up with her because he wants to date someone more fun and not so serious (and younger).

[Optional] Will any of these couples be getting back together?