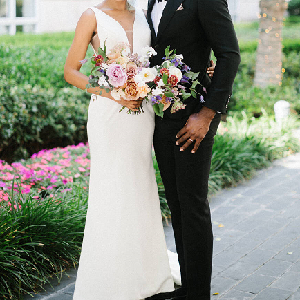 [Blind Gossip] This actor may be best known for his role on a TV sitcom that starred two young female actors.

The show was a big hit in the 1990s and the female stars are still actively working today.

Our male actor did not become a huge star, but he has worked steadily since.

He recently got married.

Normally we would cheer such a happy event. However, we’re giving this one the side eye.

Well, he married someone half his age.

That’s not the most concerning part.

We hear that his new bride was a big fan of the 1990s show and initially met him online approximately five years ago.

Then someone close to the situation shared the following.

He’s been grooming her since she was 14 or 15 years old. When people started questioning his relationship with her and said it wasn’t appropriate, he said that she was his niece. He waited until she was legal before proposing. Now she’s his wife. Sick.

As far as we know, she was never related to him.

Similar: No Cheer At The Charity Dinner

[Optional] Why do you think he told people she was his niece?