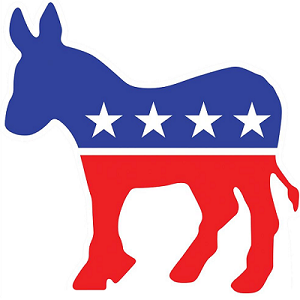 [Blind Gossip] While he is not running for office this election cycle, this man is prepping for a big political comeback!

His career and reputation collapsed after a tabloid-worthy event. However, rather than slink away, he has decided that he is going to make another go at public office.

His redemption tour is the beginning of his comeback. He was once a rising star in the Democratic Party and he can be once again. He can absolutely be Governor, Senator, or even President someday.

He sure is aiming high!

Of course, he had to do an obligatory round of rehab to prove that he isn’t the drug and alcohol addict he seemed to be.

That is being brushed aside as a one-time mistake and a betrayal by people he thought were his friends.

Will he admit that he is gay?

That’s too much at one time, so he had to tweak his self-description.

Being gay would mean getting rid of his wife and she is an asset that he would be better off keeping.

Declaring himself as bisexual and having his wife by his side works better because it will get him sympathy and the LGBTQ vote.

Well, he certainly is a tweaker!

With President Donald Trump and Vice President Joe Biden demanding all of the airtime right now, the timing of this is a bit odd.

Doing this so close to a Presidential election will only get him five minutes of publicity. It also distracts from his party’s star candidate.

Then again, maybe that’s the objective.

Five minutes of distraction plus this will all seem like old news once he starts campaigning for his next job.

[Optional] Is this a smart strategy? Do you think he will be elected to high office someday? Please use real names and keep your comments civil.