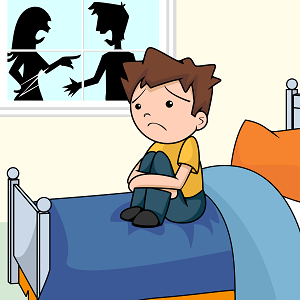 [Blind Gossip] Despite the fact that this couple split up years ago, they continue to fight over the kids.

Here is the latest battle!

He has a job that does not depend on him being a parent.

On the other hand, her whole persona, existence, and earning potential are contingent on her being perceived as a super mom.

After her television deal was cancelled, she even tried filming the children without the permission of her ex.

He put a stop to that.

She hoped that fees from speaking engagements would help her keep up her lifestyle. However, in the past few months, those opportunities have dried up.

She is almost out of money.

What is her plan?

She needs a new TV show with ALL the kids.

She does not currently have custody of all the kids – and her ex will not give her permission to film any of the children – so how does she plan to accomplish this?

There is a small window of opportunity for her to get all the children under her roof. She just has to prove that he is a bad parent.

If she gets all the children, and if he gives her permission to film, she’ll work it out so he can have visitation and a good relationship with all of them.

Gee, how thoughtful of her! She spent the past few years turning the other children against him… but is now willing to do a 180 in order to get a TV show.

[Optional] Should she have custody of all the kids?