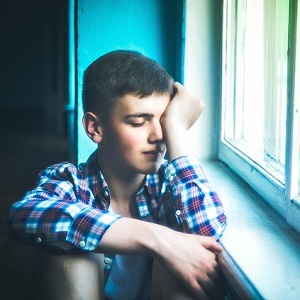 [Blind Gossip] This famous Mom publicly behaves as if she dotes on her children. However, behind the scenes, it’s a little different.

One of her children has some issues. She sent them to get treated. The child is not progressing as she would like. A recent visit by her did not go well.

She came to visit him. The staff observed that she was very nervous around him. They tried to encourage her to take him out to eat. She said she didn’t have the time to do that, and left within an hour. Afterwards, he was incredibly sad that she doesn’t seem to want to spend time with him. I learned that he has actually been shuffled around to several facilities in the past couple of years.

[Optional] What do you think should/will happen? 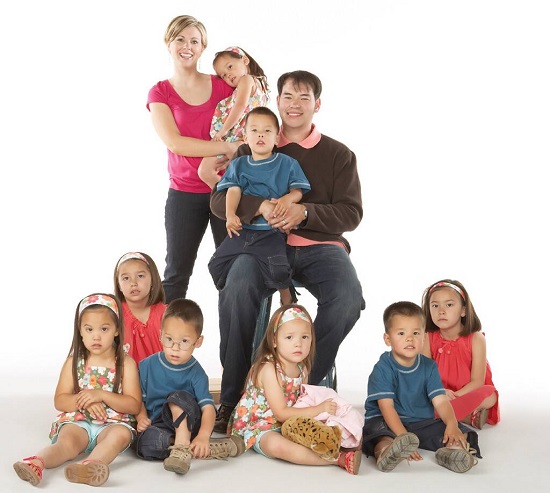 Jon Gosselin of Jon And Kate Plus Eight fame was gagged for ten years from talking about why and how his famous family broke up.

The gag is now off!

The first story he is telling is about how Kate Gosselin had “caged” their son Collin in an institution for more than three years… and that she only visited him a total of three times while he was there. Ouch

Your friends at Blind Gossip told you a year ago that Kate Gosselin’s last visit to Collin at the last institution did not go well, that she only stayed for an hour, and that she refused to even take the time to take Collin out for a meal.

Jon Gosselin spent a couple of years trying to get Collin out of the institution. He finally succeeded. 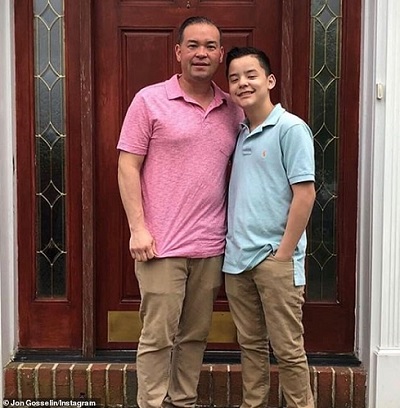 Kate Gosselin mentally tortured sextuplets by targeting Hannah and secretly ‘caging’ Collin in special needs institution for three years until the tween was able to message his dad begging for help, Jon claims as his 10-year gag order is lifted

Reality star Kate Gosselin mentally tortured her young son before sending him off to a special needs institution where he was held for three years.

That’s the shocking claim of her ex husband Jon Gosselin, 42, who, in an exclusive interview with DailyMailTV, is speaking for the first time after a decade-long gag order was finally lifted.

In a series of bombshell claims, Jon says his ex Kate, 44, is a ‘militant’ mother who has abused some of her eight children for years while maintaining the glossy ‘happy family’ image we see on our TV screens.

He accuses his ex – who currently stars in her own reality show Kate Plus Date – of wrongly making his kids work to maintain her luxury lifestyle.

And he is also furious that Kate has repeatedly brought him up during recent media interviews telling ‘lies’ in order to promote her show, despite having been divorced from Jon for 10 years.

The former star of Jon & Kate Plus 8 – once one of America’s most watched reality shows – declared: ‘It’s time America found out the truth about Kate, she isn’t the person you think she is

Jon said: ‘Kate is not doing the shows for her family, Kate is doing it for herself.

‘She’s narcissistic and selfish. That’s it. Period. All of this is for her – Kate Plus Eight, Kate Plus Date, it’s her name first.

‘She always speaks for the children. They say this, they want to do this – unicorns, rainbows and look, flying pigs. It’s all lies. They all have voices.’

Jon eviscerates his ex and reveals his heartbreak after discovering Kate had sent their 11-year-old son Collin away to a child and adolescent behavioral unit in Philadelphia without telling him.

Jon says he later received a letter from the Pennsylvania Department of Human Services (DHS) stating that they had received a report of suspected child abuse involving his son and were investigating.

Shaken Jon – who had no legal access rights and believed Collin was living with Kate – contacted his lawyers to fight for joint legal custody.

He would later learn his 11-year-old son’s plight and was told Collin had accused Kate of abuse to a mandated reporter multiple times.

Jon claims he has received ’50 to 60′ letters from the DHS over the years – regarding Collin and other children in the family – notifying him that reports of suspected child abuse were being investigated.

He also claims Kate sent ‘difficult’ and ‘stubborn’ Collin away into the care unit despite him having no known diagnosed medical condition other than common ADHD.

Jon claims that while Collin was ‘caged’ for three years, his callous mother only visited him three times – less than two hours in total – while refusing to tell Jon where his son was.

Jon says he may never forgive Kate for sending his son away.

‘Other than ADHD, which is extremely common, Collin has never been diagnosed with any known medical condition, there’s nothing wrong with him,’ explains Jon.

‘But Kate sent him away, she couldn’t deal with him.

‘He was alone for three and a half years with no parents, all locked up. It was inhumane.’

While Jon has been portrayed for years a problem husband and as a bad father, it seems that he is now trying to set the record straight… as well as do what’s best for his children.

Congratulations to AprilRain for being first with the correct response!

And congratulations to Jon for fighting for his kids. We’re glad that Colin and Hannah now seem to be happy and safe living with him. 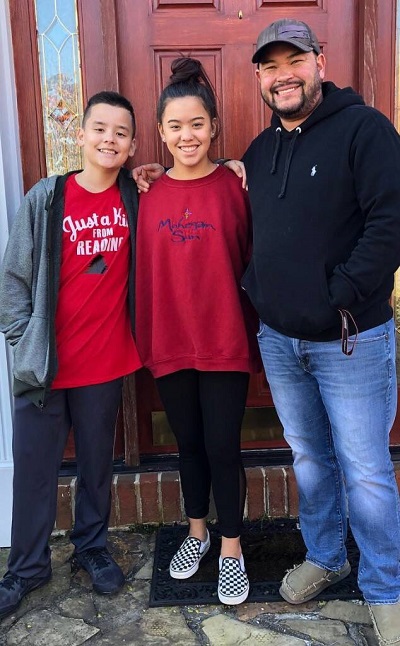