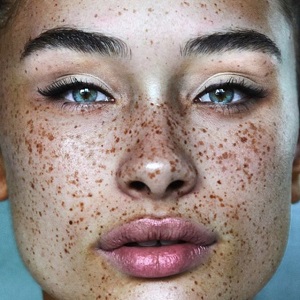 [Blind Gossip] This actress is only in her 30s, but she has been in the business a long time.

She started out in movies, her TV series just ended, and she has been booked for another TV gig.

The new gig is in a foreign country, which is interesting, because our girl is known for her affinity for foreign accents.

That doesn’t mean that she is good at them. What it means is that she is travels a lot and is somewhat of a mimic and likes using foreign accents and foreign words, even when it’s not for work.

Strange… but it gets even stranger!

She is not just using that bizarre accent. She is also making up her own words! She says that she likes languages so much that she is inventing one of her own that borrows from a lot of different languages. I can’t even explain what it sounds like because it just sounds like complete gibberish to me.

That doesn’t mean anything in any one language. It’s just what we imagine her new language – which we are going to call Freckles – will sound like.