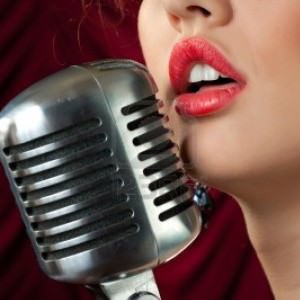 [Blind Gossip]  This pretty singer has been hyped for many years. She was signed by a major label and has collaborated with some really great artists.

However, there is a big problem.

No one wants her anymore!

She is no longer at the big label that signed her. She will claim that it was her decision. Something about looking to grow and change as an artist.

Want to know the truth?

Her label dropped her!

The staff at the old record label had a nickname for her: “Coaster.” You know, like the coaster you put under your drink to keep from getting a ring on your coffee table?

“Coaster” is what they call records that don’t sell and don’t make money.

Even when her star was fading, they kept trying: Working with bigger, hotter artists. Daily paparazzi shoots of her in cute outfits. Begging media outlets to interview her or put her on the cover. Feuds. Dating other celebrities.

No matter what they did though, they were just been unable to generate the kind of heat she had in the beginning of her career years ago. She had her moment and it’s over. So they released her.

On to reality TV?

[Optional] What do you think will happen to her?