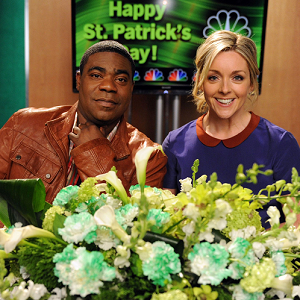 [Blind Gossip] These two stars usually do their TV show together.

When one of them didn’t show up at the last minute, the other was forced to do the show themselves.

It was funny to hear people talk about how “brave” she was to carry the entire show herself.

Because she would actually LOVE to get rid of him. She would be happy if he never showed up again!

This actually makes sense if you think back to her history with her costars.

After her first male costar left, she felt that the show was hers. Our Girl was the star.

Then they brought in a new male costar.

Then he left and they brought in another new male costar.

Every male costar since [The First Costar] has been a disappointment and a traitor. They take other jobs and don’t put the show first. [Current Costar] is no exception.

So it’s not that she hates Current Costar.  It seems to be more about her feeling that she is perfectly capable of carrying the show without him.

The last time she had to do that for an extended period of time, she really enjoyed having the spotlight all to herself and the show’s ratings did not suffer at all.

In fact, she was so comfortable flying solo that she actually stalled bringing in another new costar!

Would producers actually consider letting her do the show solo?

Probably not. That’s not the premise of the show.

Maybe not the original premise of the show.

Wonder if we are looking at the beginning of another turnover?

[Optional] Do you think she should do the show solo?