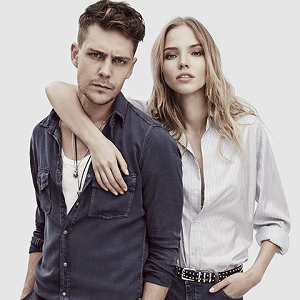 [Blind Gossip] This girl from a celebrity family is not limiting herself.

Our Girl is currently dating a male actor. He is handsome and popular, so it makes sense that she wants to be photographed out with him as much as possible.

While you are leaving your house only to get groceries, she makes sure that they are always on the move – grabbing coffee, going out to dinner – and always within range of the paparazzi!

Yes, she is thirsty.

That’s how she wound up entangled with that unstable male actor last year. He was in the news a lot, so she made sure that she was photographed right along with him. It was a publicity setup, but it wasn’t until his actions became frightening that she got out of that “relationship.”

Now that Ex Boyfriend is in the rear view mirror, Our Girl is comfortable diving into a new relationship with Current Boyfriend.

Current Boyfriend loves attention as much as Ex Boyfriend, but he is much more stable.

This is Current Boyfriend’s second foray into celebrity dating. The first time was with his costar. That relationship was as much about publicity as anything else.

Once he cut his teeth on dating one female celebrity and learned how the publicity game is played, he moved on to this second set up with Our Girl.

While Current Boyfriend may be euphoric to be seen with such a pretty new girlfriend, we’re not sure if he knows everything he should about her!

You see, we happen to know that Our Girl is seeing someone else behind his back.

So just know that while Our Girl is publicly dating Actor… she is privately dating Actress.

Yes, she’s got one of each.

[Optional] Why do you think only one of her relationships is public?

Previous Post: « She Does Not Think She Needs A Cohost
Next Post: Here For Trump Versus Biden »