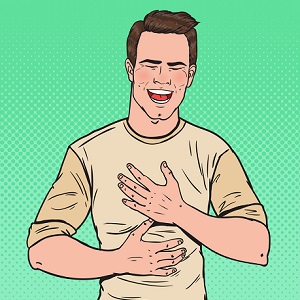 [Blind Gossip] Many years ago, your friends at Blind Gossip started taking you behind the scenes in the recasting of this high-paying TV role.

It’s a show with a male and female lead that has been on the air for a long time.

First Guy had been with the show for many years. After our female lead took the seat next to him, they had a few happy years together. Well, that is, until she pushed him out!

First Guy was bitter about that, and he and Female pretty much never spoke again.

Second Guy left after just a few years. Actually, Female pushed him out, too. Like First Guy, Second guy doesn’t speak to Female either.

Now, at the time that Second Guy was chosen, we expressed our surprise that a certain male actor who had been in the business a long time didn’t even make it to the top three on the winner’s stand. From our perspective, Actor was perfect for the job: Smart, funny, amiable, etc. It was clear that Female liked him, as she kept bringing him back to the show for guest appearances. But no, Female strung him along for a while and then chose Second Guy.

After Second Guy departed, Female contacted Actor again. Would he like another shot at that costar slot?

Female and the producers toyed with him. They led him to believe he was getting the gig. Since this was his idea of a dream job, he allowed them to string him along.

This went on, quite literally, for months and months.

And then they gave the job to Third Guy.

Ugh! To say that Actor was disappointed by this second rejection would be an understatement. He was crushed.

Fast forward a couple of years.

Female is not very happy with her costar, Third Guy. What a surprise.

She wanted to bring back Actor for a third shot at the chair next to hers.

Did Actor jump at the chance for yet another try for his dream job?

Actor was tired of being used by Female.

He went and got his own darn show!

Good for him! We hope that Actor crushes it in the ratings.

If he does, that rip-roaring sound you will hear will be our twice-rejected Actor getting the last laugh!