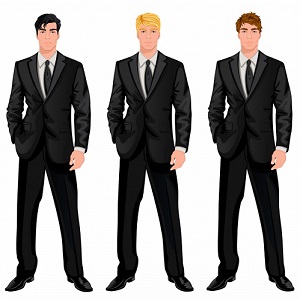 [Blind Gossip] The female star of this TV show publicly declared her full support for her male costar when he ran into a bit of trouble recently.

That’s why it’s funny to hear about all the behind-the-scenes turmoil!

You might recall that the last time a male costar exited, they dragged out the replacement search so that the queen could rule alone. This time it’s different. In fact, it’s exactly the opposite. If her male costar goes down, they want to replace him as quickly as possible!

The suits are watching the guest bookings to see if there is continued push back on stars appearing on the show with [current Male Host]. They’ll know in a week or two if it’s a temporary thing or not.

If they have to replace him, it’s a really short list this time. Just three men. They might say they are considering a male Person of Color and a woman to make themselves look more politically correct, but it’s really just these three.

Female host is great friends with Newsy and Reality.

[Optional] What do you want to see happen?