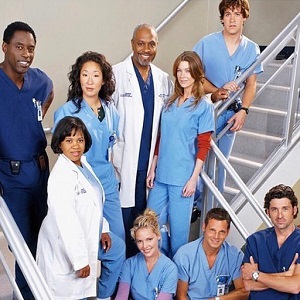 [TV Line] Grey’s Anatomy is looking to mine its rich, 15+-year history this season by bringing a familiar face back into the fold.

“I’m trying to get someone back,” showrunner Krista Vernoff teased exclusively to TVLine earlier this week at the Television Critics Assoc. summer press tour. “There’s someone I’m hoping will make an appearance this year, [but] it’s a real maybe. I’m trying.”

Vernoff declined to identify the name of the alum she’s currently pursuing, nor would she divulge the size of the arc she is envisioning for the vet in question.

Vernoff went on to note that Season 16 actually juggles a multitude of themes. “It’s the season of family and it’s the season of expansion, because we’re expanding the world of Grey’s Anatomy [via Station 19],” explained the EP, who has assumed oversight of the spinoff (in addition to her current Grey’s duties). “We’re having so much fun. I kind of want to call it the ‘Season of Fun.’ We sat at the table read today [for Episode 2] and we laughed until we cried.  There is some really fun, funny stuff coming up.”

Actor or Role coming back:

Actor or Role you wish would come back:

[Optional] Do you like crossovers? Is the crossover with Station 19 a good idea?