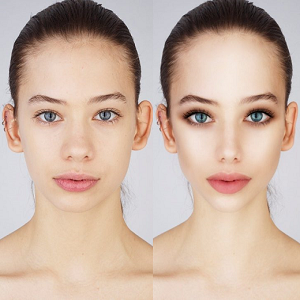 [Blind Gossip] Do you remember the days when this TV Girl was considered the nicest one and the most down-to-earth one in her family?

It changed when she started down the same physical path as most of her family members.

Now she is a shadow of her former self.

Her attitude has changed, too.

She was told that someone wanted to meet her.

She asked who it was, maybe expecting that it was someone famous. When she was told it was just a regular person who was a fan, she declined.

She said, “Eww, no. I don’t want to have to talk to any Normals.” That’s what she calls people who aren’t celebrities.

My, my. Someone certainly does think very highly of herself! Whichever self that is.

You see, she’s been on a regular tear late posting photos of herself that bear little resemblance to what she actually looks like.

You have to understand that her family has super high standards for appearance. That’s very stressful for her. She wants people to tell her that she is gorgeous, so she will do whatever it takes to get there.

However, the changes to her appearance are sometimes extreme. Is she just trolling for attention? Or is there is genuinely something wrong with mental health (e.g. some sort of body image dysmorphia)?

A little of both. Okay, a LOT of both.

In any case, you “Normals” should stay far away. She does not like you!

Previous Post: « Two Out Of Three Women Are Not Happy
Next Post: Protecting Her From The Timberlake Effect »