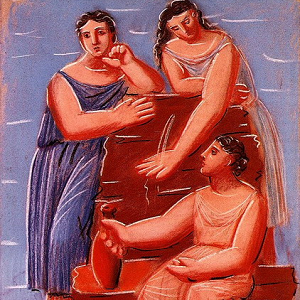 [Blind Gossip] After this upcoming movie was cast, we received some interesting information about several actresses.

It’s not about Actress A, who was cast as the lead.

It’s about two other famous women who were not cast as the lead.

Basically, while Actress A is understandably ecstatic about booking the iconic role, there are two other famous actresses who are decidedly unhappy right now.

Actress B is a movie star.

She has wanted this role for years. Literally, for freaking years. She was pissed when she found out that they thought she was too old.

She had one big movie and now thinks she can pick and choose her parts. Unfortunately, this role was not it. The producers wanted someone beautiful. Too put it politely, she is not anyone’s idea of a classic beauty.

We’re sure Actress B and Actress C will spin their rejections – too busy with other projects, etc.  – but there is one fact that can not be spun: Hollywood can be really tough on women!

[Optional] Do you agree with the producers decisions about A, B, and C?