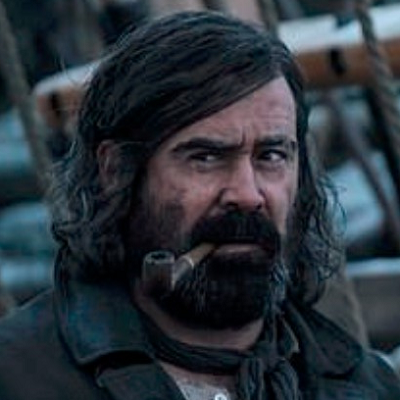 [Blind Gossip] This man may look scruffy but he is actually quite famous!

Perhaps you don’t recognize him in this photo because he looks like he would be more comfortable in a crow’s nest than on a red carpet.

However, he actually has walked plenty of red carpets. We can’t recall the exact number of films he has done, but it is well over a hundred!

It’s true that he is known as a movie star, but he wouldn’t kiss off a good TV role if it came his way. Perhaps you’ve seen him on the small screen?

Between the movies and the TV shows, he certainly has a lot of fantastic roles to his credit! If you haven’t seen any of his work, you would definitely be in the minority.

One final note: He has not exactly been an angel in his private life. However, he seems to have matured in the past few years and now gets more press for his work than his bad behavior.

Who is it? Go with your gut instinct. And no cheating!

Let’s see if you can cobble together the clues we’ve given you to come up with his identity!

Similar: Trying To Be A Lucky Jerk