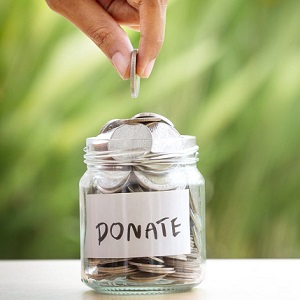 [Blind Gossip] We told you before that this TV personality’s husband had taken a lot from her without her permission.

We suggested that she hire a forensic accountant to help her figure out where everything went in preparation for a divorce.

Basically, even if he did take money or things from her, he has several legal defenses. He could say that it was community property. Or he could say that she had given him permission to take the items while she was drunk or high and she just doesn’t remember. There’s no paperwork, so it could turn into a he said/she said argument that could go either way.

However, he got greedy and did something really stupid.

You see, there was a large amount of money that was supposed to go to a charity. He misdirected it… right into his own pocket!

Depending on exactly how he did this, his activity could be classified as grand theft or felony embezzlement. If there were write offs as charitable deduction, we could be talking about tax fraud as well.

He could go to prison for this.

While she wanted to get her money and her things back, our TV star was not thinking about the possibility that her husband could go to jail. Thinking about the impact this would have on their child/ren is completely freaking her out!