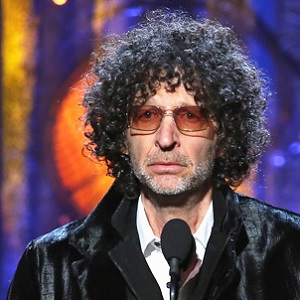 Several of the questions were about Stern’s outrageously antagonistic interview style and the impact that it had on his guests.

You say that you didn’t like your old interview style. What were you doing wrong back then?

I was obsessive about the ratings. I wanted to continue being number one.

…I had to entertain the audience and give them more and more. So on terrestrial radio, where you’re getting rated literally every minute, a guest would walk in and I say to myself, “I gotta get right to the f*cking outrageous.”

What was going through your head?

Rather than say to Robin Williams, “My God, you’re here,” and celebrate an amazing talent and the beauty of that guy’s career, he walks in and I start in, “Hey, you’re f*cking your nanny.” Bam, sledgehammer. Sock him right in the f*cking head. *sshole. Me, not him. And my audience is cheering me on because who does that? There’s a lunatic loose from the mental asylum.

What made you change?

…I had this idea that I gotta call him and apologize. I started to put it in process and see if he would take my call, but he k*lled himself. I get chills when I tell you.

Is there anybody you called to apologize to who didn’t want to hear it?

Yes. I don’t want to say who, out of respect to that person. Listen, it’s not like I’m an alcoholic who made calls to everybody in my life. But I did call certain people. Most were very gracious and said, “I’m glad you made this call.”

And this one person — I don’t think they were wrong — said to me, “You know what? You caused me a lot of pain and grief. I don’t know that I can really get over this.”

[Optional] Are you a fan of Howard Stern? Why or why not?