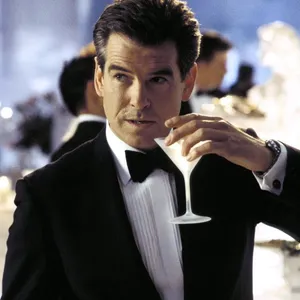 [Blind Gossip] This handsome actor has had a very successful career in both TV and movies.

He is best known for starring in a TV drama series that went off the air a few years ago after a successful run.

You might think that we are going to talk about his newest relationship.

Frankly, after he broke up with that actress he had been with for over a decade without marrying her, we sort of lost interest in cheering on any new relationship of his.

Yes, he has a new girlfriend, but there is nothing special or unique about an over-40 actor dating a much younger woman.

Today, we’re going to bring up something else about his life.

A few years ago, Actor went away to rehab for a serious drinking problem.

He had managed to keep the problem quiet for years. Until it started messing with his ability to work. Then it was off to 30 days of rehab!

It was great that he cleaned up his act.

Unfortunately, though, it seems that he has fallen off the wagon.

He is drinking practically every day again. Part of the problem is that his new girlfriend is young, really likes to party, and hangs out with other young people who also like to party. He winds up just going right along with it.

Supposedly, Actor is not just having an occasional beer or glass of wine. His drink of choice is reportedly vodka martinis. Straight up.

Is he mad? Does he really think that after years of sobriety he can handle drinking hard liquor again?

We saw something similar happen to Ben Affleck, who also struggled with sobriety. Although Ben enjoyed dating Lindsay Shookus, Lindsay loved to party and drink, and thus was a poor choice of girlfriend for him.

We’re not trying to blame Actor’s girlfriend for his lack of sobriety. It’s Actor’s responsibility to surround himself with good influences so he can remain sober. His new girlfriend just doesn’t seem to be a good influence.

Nothing to do with Pierce Brosnan (who just happens to look dapper drinking a vodka martini)!

[Optional] Advice for him?