[Blind Gossip] There is a story going around that this actress broke up with her actor boyfriend as soon as he went away for a few weeks to handle a personal matter.

They are still together.

Actually, not only are they still together, but we doubt that she will EVER leave him!

Because even though she is terrific actress in her own right, she works very little now and seems to have almost given up on her own career in order to support his.

He has the bigger career, he has more money, he gets all the attention, and people only seem to care about seeing a photo of her when she is with him.

Even more importantly, she had done nothing abut the fact that he has cheated on her many times over the years. She may occasionally get mad at him for being such a jerk… but she loves him and his pet and she’s not going anywhere.

In fact, she’s still hoping for a proposal.

We don’t know if that makes her incredibly loyal and hopeful… or a complete doormat. Well, well, well! After 16 years of waiting around for a proposal, it looks like Jennifer Westfeldt is no longer a loyal doormat!

Say it ain’t so! After 16 years together, Jon Hamm and girlfriend Jennifer Westfeldt are going their separate ways.

“The relationship just ran its course,” says a source close to the couple. In fact, the once inseparable duo haven’t been photographed together since January, before Jon entered a 30-day rehab program for alcohol abuse.

But it wasn’t the 44-year-old star’s addiction that brought on the breakup— it was Jon’s reluctance to start a family with the 45-year-old actress. “I don’t have a driving force to have a baby,” the actor has previously said. “That said, I’m in a committed relationship, and if it ever came up, I’m not ruling it out.”

However, sources say he did just that. “Jennifer realized that she and Jon don’t want the same things,” says the pal. “So they agreed that it was time to take a step back.” 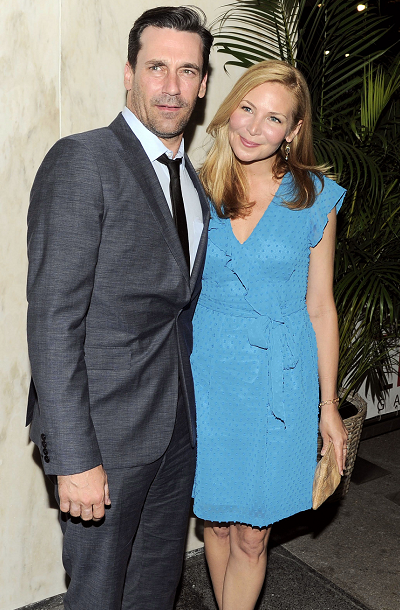 So, chalk up the split to any one or all of the following:

Whatever. This guy has pretty much been a jerk for 16 years. 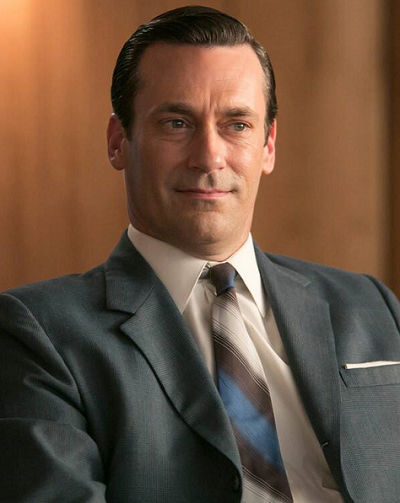 The only things that kept us interested in him were Mad Men and… The Hammaconda!

Congratulations to Bumblebea63 for being first with the correct answer!

And for those of you who thought that “His Pet” referred to their dog Cora, we present… The Hammaconda!