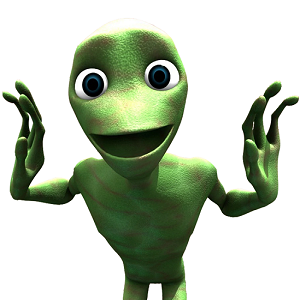 [Blind Gossip] Let’s talk about an actor who has trouble keeping his hands to himself!

The TV series on which this happened was a successful science fiction series that ran for many years.

While Actor didn’t brazenly invite actresses to his hotel room to “audition” for him in private, he did manage to make the female cast and crew members incredibly uncomfortable during production.

He was very handsy. If you were in close proximity to him, he would always find a way to “accidentally” touch you and brush his hands against your breasts or your butt.

While Actor was a handsome leading man, his advances were definitely unwelcome. And he wasn’t just handsy. He was also mouthy when it came to the actress’ appearances.

He would constantly make comments about his costars’ figures in their outfits.

Also, unbeknownst to the actresses themselves, he would speak to wardrobe supervisors about making alterations to their costumes, particularly in the bust/buttocks area.

In one particular case, an actress who was a regular on the show did not respond well to his wardrobe interference.

She had a normal size chest. She lost her sh*t when she discovered that he had been talking to wardrobe behind her back, telling them that they needed to make her wear a push-up bra.

Imagine having a work colleague try to dictate what bra you should be wearing!

He would also try to exercise his power on the set by ordering rewrites of scenes with female actors after they had accepted the gig.

Why would the writers agree to do this?

[Actor] was the star and it was important to keep him happy. If he told you to rewrite a scene, you did it.

What kinds of rewrites would he ask for?

If he thought the female guest star for the episode was attractive, he would tell the writers to rewrite the scene so that he could have some sort of physical interaction with her, like kissing or fondling her or lying in bed with her.

In one particular case, he told them to rewrite a scene so that he could blatantly touch an actress.

He asked the writers to put in a scene where his character pretty much feels up her character because his character is supposedly “looking for something” that humans don’t have.

Of course, Actor claimed that none of this was for his personal benefit. It was for the benefit of his character and the plot and the show!

How did the actresses respond to these last-minute rewrites?

When they discovered that the that the scripts had been altered/extended, most of the women were uncomfortable. (“Hey! This wasn’t in the script I was sent!”)

However, most of them were not known actresses, so their only choice was to do either do the scene as it had been rewritten and be part of this successful show, or quit.

He was really immature. He had this prop that he used to make phallic jokes about it to every single female costar.

Let’s pretend the prop was a laser. Actor would say things like, “Isn’t my [laser] nice and long?” “You’d really like to touch my [laser], wouldn’t you?” “You were dreaming about my big [laser] last night, weren’t you?”

So, between the touching, the comments about women’s bodies, the gropy rewrites, the wardrobe adjustments, and the phallic jokes, our Actor really made the most of being in a position of power and being a pig during the production of this successful TV series!

Similar: Actor Was Obsessed With Her Body