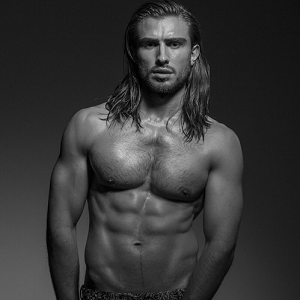 [Blind Gossip] Want to hear about the piggish behavior of a handsome actor?

This actor has a long list of credits to his name.

He is probably best known for his role on a successful fantasy drama series where he sported a very macho physique.

She got pregnant in real life.

When she came back from maternity leave, he made her really uncomfortable on the set.

As I’m sure you can imagine, having just had a baby, her breasts were noticeably larger when she returned than they were when she left.

He would stare at them and constantly make comments about how her body had changed.

He pointed directly at her chest and said to the crew around him, “Now THAT’S an improvement!”

She was mortified. It made her really uncomfortable for him to talk about her body.

While it would have taken a Herculean effort for most women to contain themselves and not lash out at him, our actress kept her cool because she wanted to keep her job.

Unfortunately, his obsession with her body and his stupidity continued.

On several occasions he said, “I’ll bet you got pregnant just so you could “titillate” me.”

Our actor was well over thirty at the time, which makes the immaturity of those comments especially cringe worthy.

Finally, he was so preoccupied with her breasts that he even talked about them behind her back.

He was talking about her chest and lamenting the fact that “[her breasts] probably taste like baby spit up now.”

We wonder if his actress wife knows what a pig he is on the set?