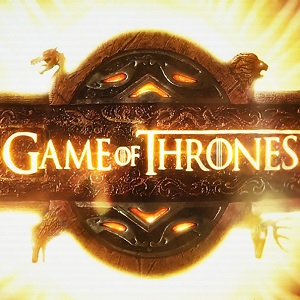 This one is interesting because the actor and actress actually began dating before Game of Thrones began! They broke up and went their separate ways, but got back together again when they were both cast in the series.

They never made the relationship public, but everyone on the set knew what was going on. Why? Well, because they often did not get along!

They were on and off for several years. During their “off” times as a couple, the tension between the two was so great that they had to be kept separate on set! They did not want to even speak to each other. They also did not want to do any promotional events together.

Since they have both been on the series since the first season, the cast and crew are well aware of the situation.

As of right now, they are not a couple. However, since they have gone back and forth on this before… that could always change!

BONUS CLUE 1: They do NOT play a couple on the series!

BONUS CLUE 2: They were BOTH featured in last Sunday’s episode, Eastwatch!

BONUS CLUE 3: The actor’s character did not drown!

[Optional] Do you think they would make a good couple off screen? 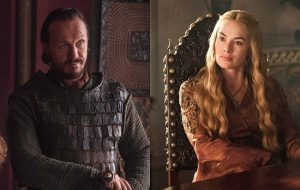 Actor: Jerome Flynn (who plays Sir Bronn of the Blackwater)

Did you know that the actors who play Queen Cersei Lannister and Ser Bronn of the Blackwater used to date in real life?

However, their breakup led to serious issues on the set of Game of Thrones. In the seven seasons of the show… the two have never appeared in a scene together! 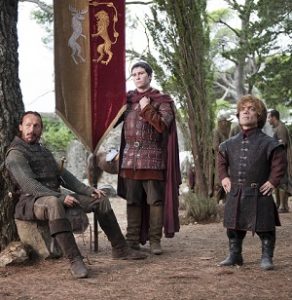 Did you watch Sunday’s season finale?

During the scene where all the team members of the three monarchs (Cersei Lannister, Daenerys Targaryen, and Jon Snow) meet in the Dragonpit, there was an awkward bit where Ser Bronn turns to Podrick and invites him to step out for a drink.

That little exchange made no sense! Why would Bronn and Pod leave during the biggest meeting in the series history?

Well, it’s because Lena Headey refused to film the scene with Jerome Flynn!

The two dated before the series began.

Then, once the series started, they seemed to get along again.

Yes, it’s messy. Eventually, the tension led to the two completely avoiding each other.

From a production perspective, this became awkward because Ser Bronn was close to the Lannister family.

Bronn is a sellsword (mercenary). He fought on Tyrion Lannister’s behalf in “trial by combat” against Vardis Egen. When Tyrion Lannister became Hand of the King, Bronn was eventually named Commander of the City Watch in King’s Landing. He was rewarded with a knighthood for the vital role he performed during the Battle of the Blackwater.

Yet in all the time he was in King’s Landing, he was never in a scene with Cersei. Two important characters in the same place at the same time… but no scenes together! 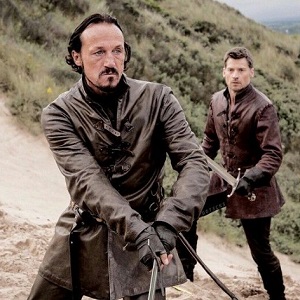 Bronn then spent a couple of seasons working side by side with Jaime Lannister. He rescued Cersei’s daughter, Myrcella Baratheon, from Dorne.

Bronn helped Jaime to take back Riverrun castle. The two of them went back to King’s Landing in time to witness Cersei being crowned Queen.

Still, no scenes with Bronn and Cersei.

Bronn then helped Jaime capture Highgarden and accompanied Jaime in the convoy back to King’s Landing. Bronn critically wounded the dragon in the convoy scene, pushed Jaime into the river just as he was about to be killed by the dragon’s fire, and then saved him from drowning.

Yet… despite saving three members of the Lannister family… and spending lots of time in King’s Landing… Bronn and Cersei never do a single scene together!

For a while, the producers were hoping that the two would get along well enough to do that critical scene in the Dragonpit together, but it did not happen because Headey refused to film with Flynn!

Since her character, Cersei, was more critical to the scene, they forced his character, Bronn, to awkwardly depart the meeting and the scene.

Jerome and Lena aren’t on speaking terms any more and they are never in the same room at the same time, It’s a pity because they appeared to have patched things up for a while, but now the word is they should be kept apart at all costs. 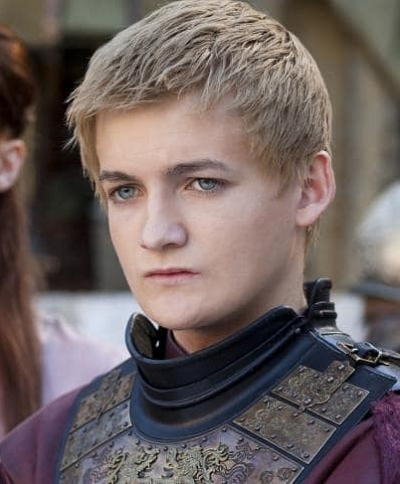 We’re not a couple right now, people have seen us together and jumped to conclusions. I can’t rule out a relationship with her in the future, I just don’t know.

Let’s hope they patch things up for the final season. In the meantime, we could all use a drink!

Congratulations to MarySunshine for being first with the correct response!