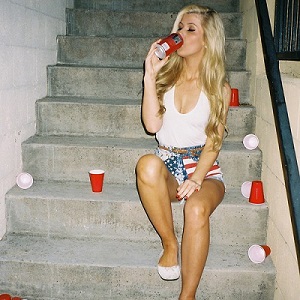 [Blind Gossip] It’s usually a good sign when celebrity divorces are called off and the parties reconcile.

It typically means that they have worked out their differences and are dedicated to moving forward as a loving family.

Well, except in this case.

He is the one who originally filed for divorce. Why? Because she is messy.

She made practically nothing for the past three or four years and she was getting really messy with [her personal habits] so there was zero incentive for him to stay.

Once she scored the new series, he called off the divorce. Why? Because money trumps messy!

Her new salary is all considered joint money but only if they are married. He would be stupid to leave now. He’ll hang in there for a couple of more years.

[Optional] Is staying the smart thing for him to do?