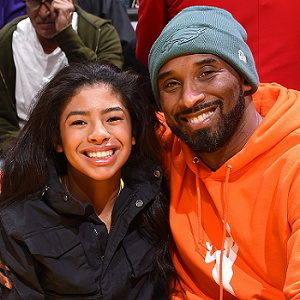 [Blind Gossip] Everyone was shocked by the terrible news about the helicopter crash in Calabasas, California last weekend.

The accident claimed the lives of nine people, including 41-year-od NBA star Kobe Bryant and his 13-year-old daughter Gianna.

While Kobe’s wife, Vanessa, must be overwhelmed with losing both her husband and her daughter, she will soon need to attend to the sad logistics of memorial services and funerals.

The guest lists for the more private functions could be a little tricky.

Lots of major celebrities have been posting condolence messages on social media, but there was one that really stood out to us. It was from a female TV personality who never misses an opportunity for attention.

The odd thing is, she is persona non grata in the Bryant household.

She tried to hook up with Kobe more than once. She wanted to marry a rich and famous athlete and she figured she could snake her way in there and steal Kobe away from Vanessa.

Yes, Kobe was married at the time.

When Vanessa found out, she went ballistic because Snake was acting like they were friends while at the same time trying to steal her husband.

Vanessa did confront Snake about what she was doing.

Snake lied about the whole thing! She said that she had no interest in Kobe at all. She said he wasn’t even that good a basketball player. She even pretended that it was one of her friends who had made a move on Kobe and not her.

Yes, Snake threw her friend under the bus to try to divert attention away from herself!

Kobe told Vanessa what really went down, though. From then on, Kobe and Vanessa both avoided Snake. After [year], you won’t find a single photo of either of them with Snake.

That takes us to today.

Vanessa is a forgiving person, but I really can’t see her inviting Snake to the funeral.

That could be awkward for Snake, who is currently drawing an awful lot of attention to herself making statements about Kobe and Vanessa as if they were all close friends.

What is Snake going to do if she and her famous husband don’t get an invite? Beg for one? Pretend that they got one but were too busy or sick that day to go?