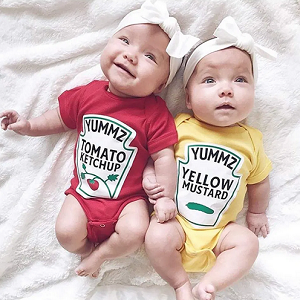 [Blind Gossip] The impending arrival of a baby is always a happy event.

It’s even more exciting when you can share that experience with a friend or family member.

Not every woman tells the truth about her pregnancy, though!

They don’t just come from the same entertainment background. They are so much alike that they are practically joined at the hip. You always think of them as a pair, like sugar and spice or ketchup and mustard.

They are truly best friends forever.

They both wanted to get pregnant. [One of them] had been trying with her husband to conceive for the past couple of years and it just wasn’t happening. Since they are way over 30, they were feeling the pressure for it to happen now.

Well, fertility does naturally start to decline as you age, so it makes sense that our BFFs were paying more attention to getting pregnant sooner rather than later.

They went to the fertility doctor together and they both did IVF at the same time. So it’s weird that they are acting like it’s such a crazy coincidence that they are both pregnant.

So our BFFs did IVF.

That is not especially shocking given that but both of these women are used to creating story lines for drama. The “crazy coincidence” that they are both pregnant at the same time does make for a better story, doesn’t it?

They both had multiple embryos implanted, so don’t be surprised if one or both have twins!

So we may have more “crazy coincidences” to come, courtesy of… science!

It’s still a happy event. Just not as coincidental as you are being led to believe!

[Optional] Any comments on the women, their relationships, or their pregnancies?