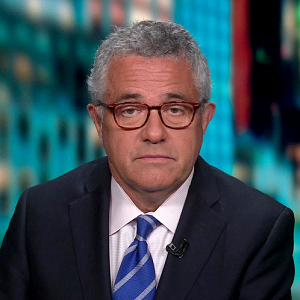 [Blind Gossip] You already know that Jeffrey Toobin did something disgusting to himself during a video conference call when he thought that no one was watching.

That was not the first time Jeffrey Toobin behaved like a pig.

First of all, we’re not going to describe what he did on the video call. 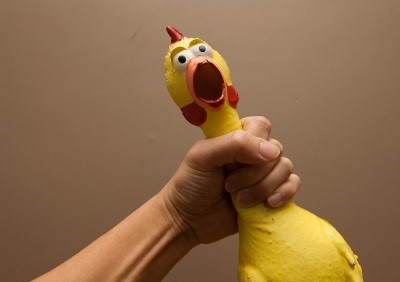 Let’s just say that the people on the Zoom call were as shocked as that chicken.

However, we will talk about two other instances where the Harvard Law School graduate and CNN Legal Analyst engaged in indecent behavior.

During his marriage, Toobin fathered a child with his mistress, a woman named Casey Greenfield. 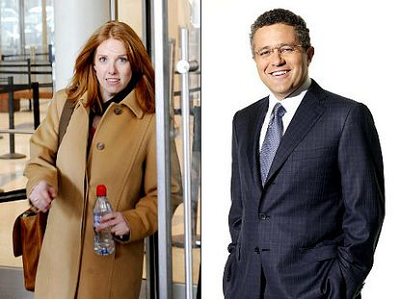 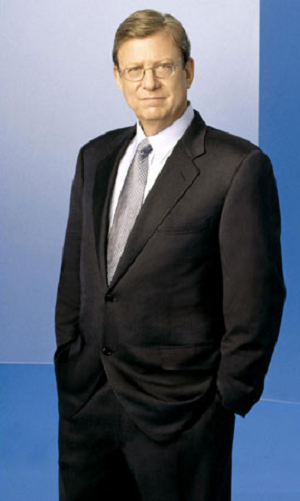 Jeff Greenfield is a serious guy. He can not be happy about his married former colleague knocking up his little girl.

Anyway, although Toobin encouraged Casey Greenfield to terminate the pregnancy, she kept the baby. Toobin is now battling with her over child support.

Jeffrey Toobin’s wife stayed with him through all this.

Now let’s cut to a story that is blind item worthy.

Specifically, there’s this tale from The Daily News about Jeffrey Toobin propositioning a media celebrity:

Long before he hooked up with Casey Greenfield… Toobin is said to have made a play for a well-known media figure.

The woman, who met Toobin about 15 years ago, contends he hit on her repeatedly, using some shockingly sexual come-on lines.

“I was at a party in Washington,” the woman tells us. “He came up behind me and whispered in my ear …”

This being a family newspaper, we can’t repeat what Toobin allegedly told the woman he’d like to do to her.

But the woman recalls, “I didn’t even know who he was. I couldn’t believe my ears. It was so disgusting. At the time, I never even knew people did that.

Though she thought about walking away, she did entertain a conversation with Toobin.

The woman says Toobin “really chased me for a while. He called me at the office and left several sick messages.” Again, we can’t repeat them. Suffice it to say, he allegedly reiterated his first overture, only more graphically. Says the woman, “It was so vile.” She assures us the episode went nowhere.

Toobin’s lawyer, Patricia Ann Grant, responded: “We do not intend to dignify plainly fabricated claims with a response.”

Given that Toobin is a disgusting, cheating pig – who choked the chicken on a video call, cheated on his wife, and knocked up the daughter of a long-time colleague – we are not going to dignify Grant’s response with a rebuttal.

We do feel for the Female Media Figure having to endure that kind of harassment from a colleague. Wonder if she reported it to anyone?

Some of you are curious about exactly what it was that Jeffrey Toobin proposed to the Female Media Figure. 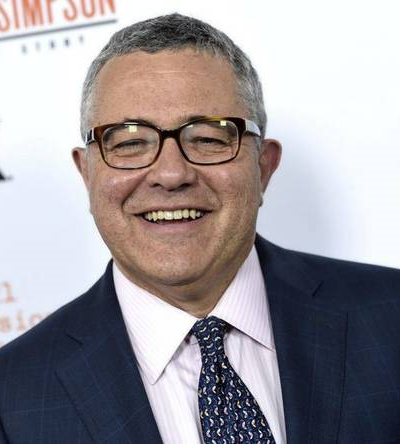 Supposedly it was so disgusting that The Daily News could not mention it in their family-friendly newspaper.

Well, we now hear that Jeffrey Toobin supposedly has a bit of an an*l fixation.

He is really into an*l sex and f*sting and has proposed these activities to multiple women in the past.

We won’t know exactly what it was that he proposed to that Famous Female Media Figure until she comes forward.

However, now you know that Toobin’s bottom line… may have involved her bottom.