[Blind Gossip] She is the star of a popular TV show. She is making noises about leaving.

However, according to someone close to the situation, she has absolutely no intention of leaving! All this talk about jumping networks is just a negotiating ploy.

Does anyone actually believe that she would leave a job paying millions more money at a top network to take a job making millions less at a failing network?

Her team is trying to make it seem like everyone wants her and that this is a very competitive negotiation. They don’t, and it’s not. In fact, given that she isn’t attracting that much interest anywhere else, [her current network’s] execs are now talking about how they can LOWER their original offer!

[Optional] Do you think she will stay or go? NBC made news personality Megyn Kelly an offer she couldn’t refuse, so she is leaving Fox News.

Yes, she’s packing up those spaghetti strap outfits and chandelier earrings and false eyelashes and hauling her butt over to The Peacock where she can antagonize Donald Trump to her heart’s content!

Megyn Kelly, who arrived at Fox News 12 years ago as a television news neophyte but rose to become one of its two biggest stars, has decided to leave the network to take on a broad new role at NBC News for an undisclosed salary, NBC announced Tuesday afternoon.

The NBC News chairman, Andrew Lack, wooed Ms. Kelly away from Fox News by offering her a triple role in which she will host her own daytime news and discussion program, anchor an in-depth Sunday night news show and take regular part in the network’s special political programming and other big-event coverage. The move will herald a seismic shift in the cable news landscape, where Ms. Kelly had become the second-most watched host — after Bill O’Reilly of Fox News — and often helped define the national political debate, especially over the last year as Donald J. Trump regularly attacked her, at times in viciously personal terms.

Ms. Kelly’s exit will upend Fox News’s vaunted prime-time lineup and inject a new dose of tumult just a few months after the departure of the network’s powerful founding chairman, Roger Ailes, who was ousted after several women made allegations that he sexually harassed them.

The new deal brings to a close the most anticipated television news contract negotiations since Katie Couric signed with CBS News in 2006, for $15 million a year. 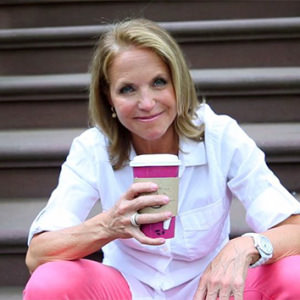 Fox News’s parent company, 21st Century Fox, which is controlled by the family of Rupert Murdoch, had offered Ms. Kelly more than $20 million a year to stay after her current contract expires this year.

Rival networks seeking to hire Ms. Kelly away, including NBC News, had made it clear that they could not match that money from Fox, the cable news leader for the last 15 years running.

Ms. Kelly’s contract is not officially up until the summer, and it was unclear whether Fox News would release her from any contractual commitments that might delay her start at a rival.

People briefed on the talks, who would only speak on the condition of anonymity pending an announcement, declined to disclose what Ms. Kelly’s new annual salary would be at NBC. But even a modest raise would place her among television’s highest paid journalists. The Wall Street Journal recently reported she was to collect $15 million for the final year of her contract.

It’s really interesting that there is NO disclosure of salary here.

Networks usually want to toot their own horn when they offer a stellar salary to a woman or a minority. When Katie Couric left NBC to sign with CBS years ago, a VERY big deal was made of her bump to a $15 million salary.

So… Kelly was making $15 million at Fox. Fox offered her $20 million to stay. Every other network said that they would not match that. Kelly wound up leaving anyway.

Is it possible that NBC offered her less money but made the job more appealing?

Kelly is the married mother of three children age 6 and under, and often talked about the strain a nightly newscast put on her family life. Perhaps the daytime show was a more attractive gig, even if it did mean less money.

Or is it possible that NBC was lying and DID match or exceed the $20 million Fox offered her?

Negotiations are always full of deception and posturing, so that’s possible, too.

Whatever the offer, it’s great to see a female news personality so heavily in demand! She’s bound to be a successful, too. After all, when Katie Couric left as the host of Today on NBC to anchor The CBS Evening News, it eventually led her to bigger and better things… like returning to Today on NBC, where she is currently filling in as a guest host. Oops. Never mind.

Congratulations to Michellev27 for being first with the correct response! 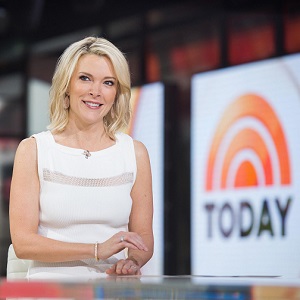 In case you were wondering how much newswoman/host Megyn Kelly is actually making at her new gig at NBC, wonder no more!

We previously told you:

Kelly was making $15 million at Fox. Fox offered her $20 million to stay. Every other network said that they would not match that. Kelly wound up leaving anyway.

Is it possible that NBC offered her less money but made the job more appealing?

Or is it possible that NBC was lying and DID match or exceed the $20 million Fox offered her?

Negotiations are always full of deception and posturing, so that’s possible, too.

It turns out that NBC was lying!

We’re sure she is worth every penny of…

What? Megyn Kelly Today is tanking in the ratings?