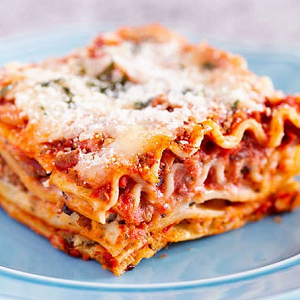 [Blind Gossip] This happened a few years ago, but it is very topical as all three people in this blind item are currently in the headlines for various reasons.

This blonde TV celebrity with a famous last name was dating a rich guy.

Since she has so many layers to her, let’s call her Lasagna.

Since he is just rich without any other redeeming qualities, let’s call him Richie.

Lasagna and Richie were traveling first class on a commercial airline from an Eastern U.S. city to Los Angeles.

The moment the seat belt sign went off, [Richie] put his seat back.

[Lasagna] got out of her seat, straddled him, and the two of them started making out and grinding against each other!

Again, this was not a private jet. This was a commercial airline. On a domestic route. In the middle of the day.

The other passengers were shocked – but definitely not amused – by Lasagna and Richie’s behavior.

It was especially awkward for the middle-aged man behind them as all this was happening just a few inches from his face!

This went on for about five or ten minutes. Finally, the first class flight attendant approached them and told [Lasagna] to sit back down in her own seat.

Was that the end of it? Of course not!

[Lasagna] sat in her own seat, but then they put a blanket across their laps and continued making out.

Unfortunately, the flight attendant did not seem to be able to get them under control.

Enter a very famous male movie star. He happened to be sitting in first class with his family and witnessing all of this. We’ll call him Doc.

That’s when [Doc] bolted up out of his seat. He had his son with him, and he was livid that this was happening right in front of him and his child. He stood right next to the flight attendant, pointed his finger at [Lasagna], rebuked her, and angrily told her to stop it.

Somewhere in the ensuing conversation, the words “trash” and “disgusting” got tossed around.

Lasagna and Richie were completely stunned that this major movie star was now involved in chastising them!

Fortunately, Doc was able to convince them to stop acting like animals on the plane.

So, where are these three people today?

Lasagna is busy trying to convince us that she is a nice, down-to-earth person.

Doc is the title character in a movie that just hit the theaters.

[Optional] Did Doc do the right thing by intervening?