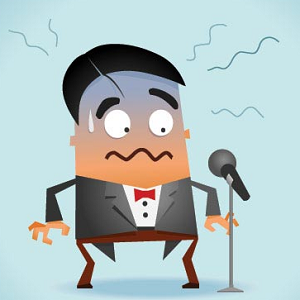 [Blind Gossip] This funny actor seems to be acting weirder and weirder.

His own life has been completely out of control for the past year or so. I don’t think people realize that he is still not well. He needs to control something and he can’t control himself, so he is controlling other people.

While we have not performed a psych evaluation of our young actor, that kind of behavior is what psychologists call projection. It’s a defense mechanism.

Instead of cleaning up his own mess, he decided that it is the audience that is out of control and acting bad. Therefore, he needs to make them behave.

While he may think that demanding his audience behave will solve the problem, we’re not sure it will make his performance any better!

Here is what an audience member at one of his shows told us.

I saw him open for [Major Comedian] and he bombed terribly. The audience was so uncomfortable. Nobody was laughing and at least a dozen people even got up and walked out. It was bad.

And here is what happened when he performed at a college.

I was excited to see his set and it started out fine. He did some easy going jokes about [name of college redacted] and some weed jokes. But then the rest of the thing was just weird. He didn’t seem like he could focus and he was very obviously high (he smelled of weed plus he admitted it through jokes).

I don’t think that weed was the only thing he was on. He was jittery and couldn’t really tell when his jokes landed or bombed. Most of them bombed. He kept chugging water and just seemed totally out of it.

And here is a comment from an audience member at a third show.

I saw him do stand up live at [redacted]. Dude’s a mess. During his set, he was talking one minute about being fine and the next minute about needing “it”. I assumed at the time he was talking about drugs because he was clearly acting like he was on something. He was not funny. People were walking out.

So people have been paying good money to see a name-brand comic… have been disappointed at his erratic behavior and at the lack of humor in his performance… and have been walking out.

Gee, we can almost understand why he would want to bring in the lawyers to make all those people shut up!

[Optional] What do you think of his latest move to control his audience. Smart? Stupid? Crazy? Publicity stunt?