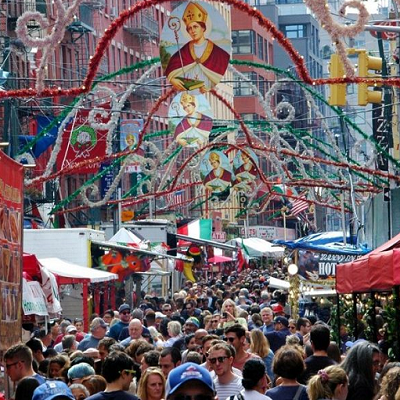 [Blind Gossip] If you have ever been in New York City in mid-September, there’s a good chance you found yourself at The Feast of San Gennaro.

It is a colorful, Italian-American festival held on Mulberry Street in Little Italy. There are grand processions and music and lights and carnival rides and street food and wine.

Nicknamed “The Beast of All Feasts,” over a million people attend San Gennaro each year.

The food is awesome. Even if you aren’t don’t have a reservation at one of the dozens of great restaurants in Little Italy, you can dine like a king on the street food.

Sausage and peppers and onions on an Italian roll? Delizioso! 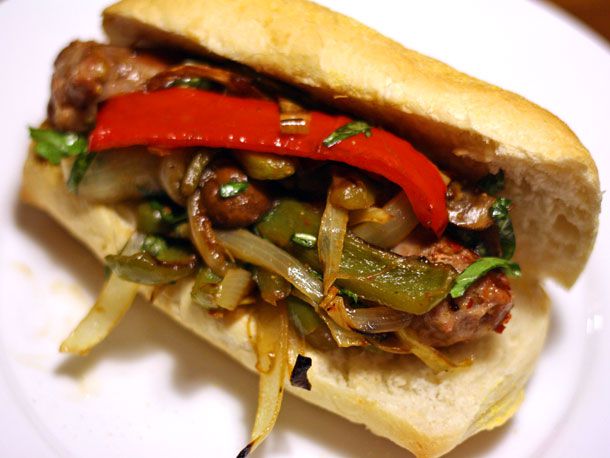 You’ve seen these kinds of festivals in the movies.

Remember that scene in Godfather II where Don Fanucci (“The Black Hand”) goes to a street festival? 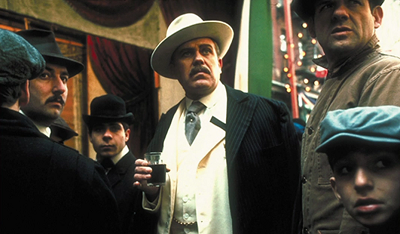 That street festival was similar to San Gennaro, which is held in September each year. 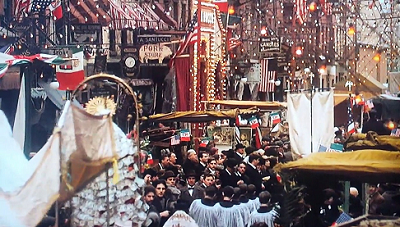 During the festival, Don Fanucci got whacked by Vito Corleone in the hallway of his apartment building. 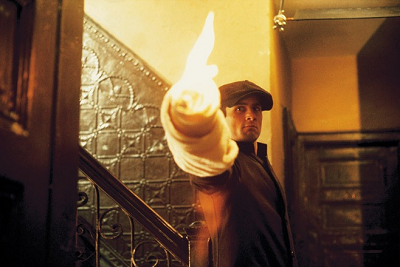 Anyway, one hundred years later, Italian festivals in New York City are more about sausage and peppers than whackings.

You know who was at San Gennaro last weekend trying to keep a low profile?

We’ve talked about him several times before.

He was at a restaurant called Grotta Azzurra.

That’s one of those Italian restaurants on Mulberry Street.

He was at the bar with a girl. He was trying to keep a low profile but I recognized him right away. He was definitely on a date. The girl he was with was blonde, slim and really pretty. She looked like the blonde girl from [another reality show] but she kept turning away from me to look at him and kiss him. They were obviously really into each other.

They walked past me on their way out. She kept her head down but I called out his name and he looked directly at me. He was not happy to be recognized and he was not very friendly. He grabbed her and pulled her out of the restaurant as fast as he could.

You would think that someone who has a few million followers on Instagram and really wants to be famous would be friendlier to fans. Guess not.

Here’s an interesting note. That girl from the reality show who was likely his date? She bears an uncanny resemblance to…. that famous supermodel he was trying to move in with!

Not only did the supermodel not invite him to move in, she broke up with him… and would up pregnant with another celebrity’s baby five minutes later!

So while he is slipping his new girlfriend the San Gennaro sausage, he might want to rethink his dating strategy. It didn’t work so well with that supermodel.