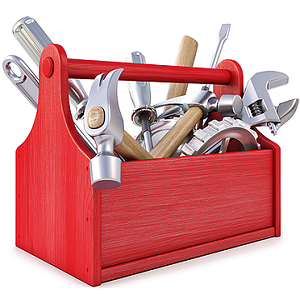 [Blind Gossip] This major celebrity seems to be making a lot of bad decisions lately!

He is known primarily as a singer, but he did start out on a TV show and picks up the occasional acting gig.

Despite his all-American appearance and amiable demeanor, he’s actually not the nicest guy in the world. He has a family but has been cheating on his actress wife forever.

Oh, and he gets really stupid when he drinks.

His long-time publicist used to do a good job covering up his indiscretions.

If a rumor was about to break about him spending too much time with a member of the opposite sex, you would suddenly see articles appearing about how in love he was with his wife and how wonderful their life is together. Those articles would effectively dilute the rumor and tilt the narrative back in his favor.

For some reason, he fired that long-time publicist last year and hired a very large PR firm instead.

Sad for the ex-publicist. A major win for the new publicist.

However, after Singer was caught getting drunk and flirty with a co-star recently, there was a surprising lack of damage control. He simply went back to work, looking downcast and slightly embarrassed.

Where is the spin from his new PR firm? It’s not like them to sit back and do so little when a star is in crisis.

Maybe they have a secret, long-term plan? Or maybe they are they so busy with their newest high-profile client (a former TV actress who recently married well) that they left our singer to fend for himself?

We do know that this lack of action has his wife – who has a different publicist – royally pissed!

What he does reflects on her. Every time he behaves like an assh*le it makes her look like a fool for staying with him. She is sick of it. Their marriage is in trouble and her PR firm is not going to jump in to save him. This is his mess to fix, not hers.

[Optional] Singer just hired you as his publicist. How would you handle this? 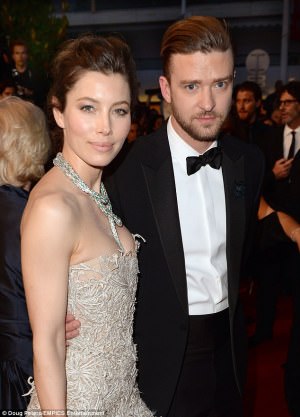 A couple of weeks ago, Singer Justin Timberlake went out drinking with some of his cast mates from Palmer, including Alisha Wainwright. 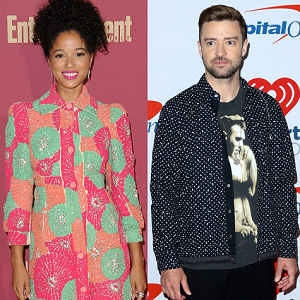 During the evening, Timberlake was was caught on video holding hands with Wainwright underneath the table. 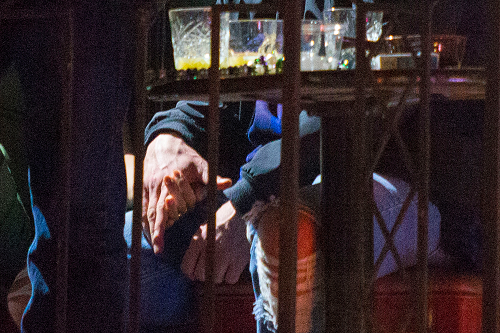 Then she caressed his hairy knee and inner thigh. 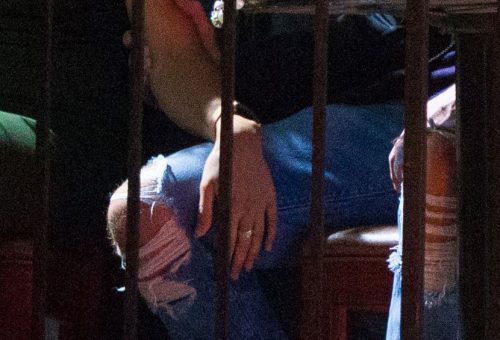 Note that Timberlake was not wearing his wedding ring during this incident.

“It was innocent!” Timberlake proclaimed.

Now, an “apology” from Justin Timberlake.

I stay away from gossip as much as I can, but for my family I feel it is important to address recent rumors that are hurting the people I love.

A few weeks ago I displayed a strong lapse in judgment — but let me be clear — nothing happened between me and my costar. I drank way too much that night and I regret my behavior. I should have known better. This is not the example I want to set for my son. I apologize to my amazing wife and family for putting them through such an embarrassing situation, and I am focused on being the best husband and father I can be. This was not that. I am incredibly proud to be working on Palmer. Looking forward to continuing to make this movie and excited for people to see it.

We say “apology” because there are elements of this statement that are so weak that they detract from the message.

“I feel it is important to address recent rumors that are hurting the people I love.”

“… a strong lapse in judgement.”

A lapse, a severe lapse, a terrible lapse, a serious lapse? Yes. A strong lapse? No such thing. Lapses show weakness. You can’t have a strong weakness.

“This was not that.”

That was such bad phrasing that we don’t even know where to start.

“Looking forward to continuing to make this movie and excited for people to see it.”

Seriously, Justin? You just acted like a drunken, cheating jerk but want to take this opportunity to plug your movie? Sigh.

Worst of all was the timing of the “apology.”

For a few days, there were weak denials that anything was going on. Then everybody shut up.

From a PR perspective…. that is a disaster!

Reports that Justin Timberlake’s wife, actress Jessica Biel, had laughed off the incident were completely false. She was furious.

Look, whether or not you like Timberlake and Biel together, she is his wife. They are married. They have a four-year-old child at home. Her reputation is tied to his, and she did nothing wrong here. 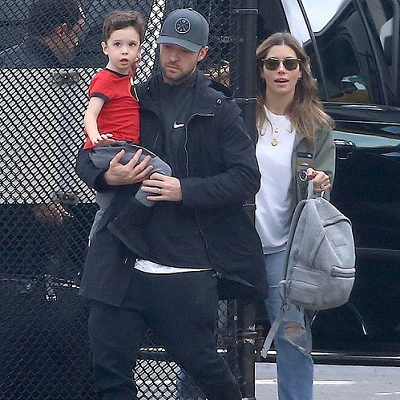 Timberlake is nearly 40 years old. You can’t pass off his bad behavior on being a stupid, drunk, spoiled teenager anymore.

Jessica Biel’s PR firm – which is not Timberlake’s – was not about to jump in and rescue his sorry butt for the umpteenth time. They stayed quiet.

That was very, very smart of Jessica and her team. They can jump back in now that the apology has been issued. Biel should be thanking her PR firm (The Lede Company) today for advising her correctly on this matter.

Yes, this is the same PR firm that was recently hired by Meghan Markle and Prince Harry!

We have to tell you that other publicists have been absolutely stunned by how Timberlake’s new publicist handled – or failed to handle – this debacle over the past couple of weeks.

The “apology” statement is out now, but, boy, what a screw up.

One final note: The client is ultimately in charge of the client/publicist relationship. It is possible that Sunshine Sachs advised him properly and that Justin Timberlake vetoed their advice and decided it would be better not to do anything.

Whatever happened, JT did not come out of this looking good.

Congratulations to Theotherwoman for being first with the correct response!

Yes, there is definitely something ironic about the name of the winner!