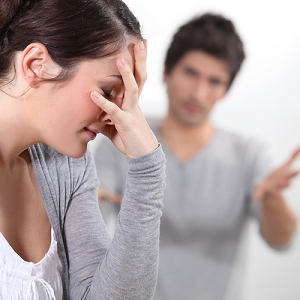 [Blind Gossip] We’re going to tell you about something that happened many years ago that completely changed the career trajectory of a famous actress.

You will find interesting because it also involves a very famous male actor who has been in the news a lot over the past couple of years.

Many years ago, our actress was fortunate enough to score two movies in a row that are now both considered classics. These breakthroughs propelled her into the spotlight.

Every actor wanted to date her and she wound up in a series of relationships with several of the most popular young actors at that time.

One of them was a handsome young actor who was the star of the coolest TV series at that time. Some of you may have even had a poster of him on your bedroom wall.

Our actor and actress dated. Seriously dated. They were even rumored to have been engaged at one point. For the most part, though, they kept their relationship out of the spotlight.

While you now know what a jerk he is, at the time, all anyone – including our young actress – could see was that he was the hottest guy on the planet. She may have felt lucky just being with him.

He was cute on the outside but the inside was a different story.

A lot of the nastiness was about her appearance. While our actress is adorable, she had a unique look. It was not the “classic” kind of Hollywood look that our actor thought she should have.

He told her that she should change her appearance. He even gave her the name of a plastic surgeon. He wore her down with his jibes and negativity. Our once confident and successful actress began to doubt herself. Was he right?

They broke up, but wven after they broke up, our actress simply could not shake his repeated criticisms about her appearance. He had gotten into her head.

She changed her look and the change was dramatic.

Except… now she looked like every other girl in Hollywood. Her uniqueness was gone.

Her career suffered. She slipped into near obscurity.

Nobody could ever understand why she did that to herself.

[Optional] Has a significant other ever suggested you change the way you look? What was the result?

Previous Post: « The Bad Thing She Does When She Is Stressed
Next Post: Hiding Two More Secrets From Her Fiance »