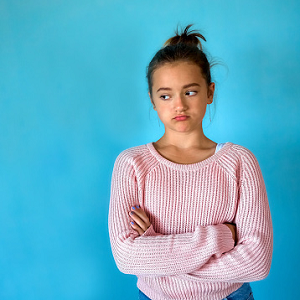 [Blind Gossip] This girl is the daughter of two celebrities.

She really has a good life.

She is pretty and healthy and her parents are rich. She will never have to worry about trivial things like how she is going to pay the rent or where her next meal is coming from.

She still has problems, though.

She is very bored and frustrated with not having the freedom to party and do whatever she wants right now.

She is so stressed out that she is cutting herself. She knows it’s bad but she can’t help it. She likes the release.

She does it in the bathroom so it’s not like she’s making a mess all over the place.

We know that she’s been traveling – and has been out and about on a regular basis – so she is certainly more socially active than most of the population.

We are not sure if the cutting really results from being socially restricted… or if there are other issues at play.

[Optional] Based on your personal observations over the past few months, which age group or generation is best at coping with stress/adversity/uncertainty/hardship? Which is worst?

Previous Post: « Paris Hilton Has Been Hiding A Big Secret
Next Post: His Criticism Permanently Changed Her »