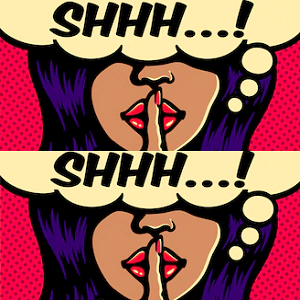 [Blind Gossip] This couple has a lot of conflicts and secrets to deal with.

Actually, the reality show that they are on is full of interesting couple conflicts.

The couples don’t just come from different geographic regions and cultures. They also have age or language or religious barriers to deal with.

Let’s talk about one couple in particular!

While his parents are pushing for a fast wedding, they might want to read this first.

Their son’s fiance claims that she is trying to be honest with them… she is not.

That’s because she knows that if she tells him the truth about herself, two things will happen.

First, he will be upset.

Second, his parents will definitely tell him to break up with her.

However, she has to hold on to these secrets as long as possible.

Because if she discloses these things too early in the season, her role in the show is over… and she gets paid by the episode.

So, what is she hiding?

Well, he and his parents obviously don’t know yet that she is married to someone else.

There are two more secrets, though!

She is more in love with becoming a social media star than she is in love with him. That is the real reason she is doing the show. She can’t wait until it’s over so she can go back on Instagram and post pics of herself wearing as little clothing as possible and build her fan base and sponsorships.

She is very bisexual. Most of her relationships have been with women.

We’re sure that her fiance and his parents will be delighted to hear all three of these secrets.

Similar: He Forgot To Tell His Fiance Something

[Optional] Which couples do you like/dislike? Any predictions?