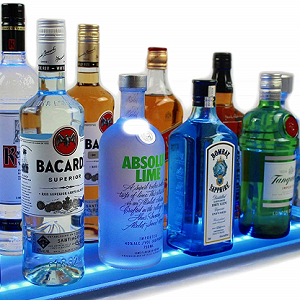 [Blind Gossip] This pretty lady has everyone talking about her.

She once dated a famous musician, but is now with a more athletic type.

She started out her career as an actress, but is better known lately for her appearances on reality/competition television.

Actually, she has recently become more known for controversy than anything else!

You see, she left her well-paying TV job.

She is trying to paint her leaving the show as one thing, but the bottom line is that she was fired.

We just found out one reason for her departure. Her temper!

They were drinking and she got into an argument with [another person]. Either the bottle broke or she broke the bottle and she wound up cutting him.

Now, to be clear, she didn’t slash an artery or anything. The injury was minor. But she did draw blood.

That incident was so alarming to producers, though, that they decided to let her go.

[Optional] Would you hire her? Why or why not? 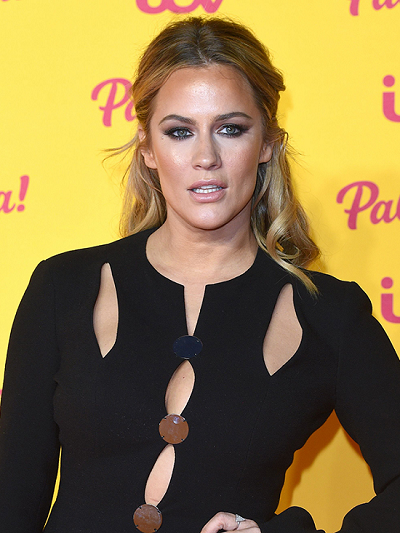 Caroline Flack, the host of the popular ITV series Love Island, has died.

Flack took her own life just before she was due to appear in court to face charges that she had assaulted her partner, former tennis pro Lewis Burton, in December.

After the incident, Flack was fired from her job at ITV. However, she tried to position the separation as voluntary on her part.

Caroline Flack famously dated Harry Styles when she was 31 and he was just 17.

Flack was also linked to Prince Harry for a short time.

Flack was only 40 years old.

Caroline Flack, the Love Island presenter, has been found dead at her London flat after taking her own life. 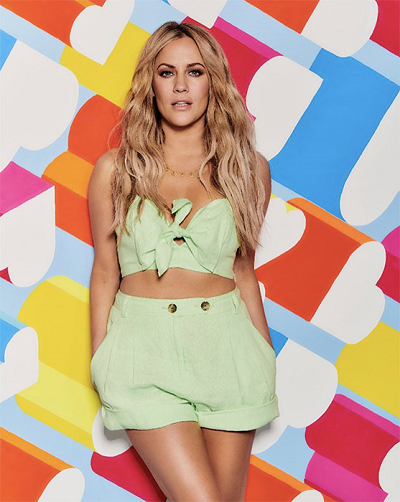 The 40-year-old had stepped down from her position fronting the popular ITV show after she was charged with assaulting her boyfriend Lewis Burton.

She had been due to return to court on March 4.

Her family said in a statement last night: “We can confirm that our Caroline passed away today. We would ask that the press respect the privacy of the family at this difficult time.”

Tributes poured in from friends and former colleagues, with many saying they were struggling to come to terms with the news.

Laura Whitmore, who took over hosting the winter series of Love Island, tweeted: “I’m trying to find the words but I can’t.”

This Morning presenters Eamonn Holmes and Phillip Schofield also shared messages of support. Holmes said he was “shocked beyond belief”, while Schofield said: “In a world where you can be anything, be kind”.

Ant McPartlin and Declan Donnelly shared a tribute to Ms Flack on their joint Twitter account, writing: “We are both devastated to hear the news. It is beyond sad. Beyond words. So tragic.

“Our thoughts and prayers are with her family. Rest In Peace Caroline.”

Flack stepped down from her position as presenter of  Love Island following the assault charge.

Police were seen outside her London home, where she lived with Mr Burton, during the early hours of December 14 after accusations emerged that a man had been attacked.

Eyewitnesses described “total chaos” outside her home as police arrived to diffuse the situation with her boyfriend.

She was reportedly left in need of hospital treatment after accidentally cutting herself on broken glass during the incident. 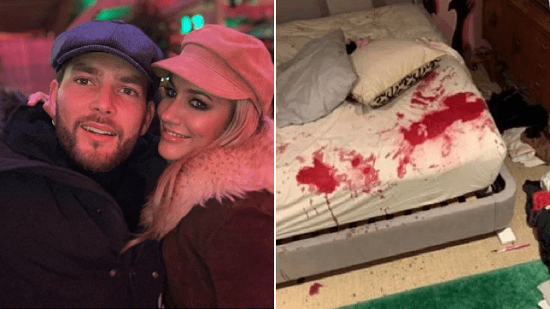 Following her resignation from Love Island, Flack voiced her support for ITV’s decision to hire Whitmore as her replacement.

The presenter spent Christmas in Los Angeles in an attempt to escape the frenzy surrounding her in the UK.

She broke her social media silence again in January to wish the Love Island team the best of luck for the new winter show.

Ms Flack previously opened up about her struggles with mental health.

She wrote on her Instagram account in October last year: “The last few weeks I’ve been in a really weird place… I find it hard to talk about it .. I guess it’s anxiety and pressure of life … and when I actually reached out to someone they said I was draining.

“I feel like this is why some people keep their emotions to themselves. I certainly hate talking about my feelings. And being a burden is my biggest fear…. I’m lucky to be able to pick myself up when things feel shit. But what happens if someone can’t . Be nice to people. You never know what’s going on. Ever.”

The news of her death will come as a further blow to Love Island. Former contestants Mike Thalassitis and Sophie Gradon took their own lives after taking part in the show.

A TV series called The Surjury, featuring Ms Flack as the host, will no longer air on Channel 4, the broadcaster said.

Prior to becoming a household name, she had presenting jobs on E4 Music and on the CBBC channel before becoming the co-host of action game show Gladiators with Ian Wright in 2009 on Sky One.

In 2009, she became the presenter of I’m A Celebrity… Get Me Out Of Here! NOW! alongside Joe Swash and Russell Kane. 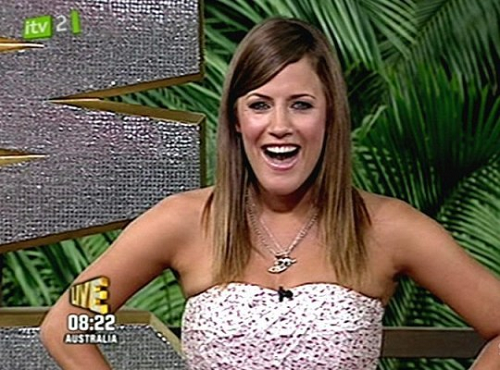 She left the I’m A Celebrity companion show in 2011 to host another spin-off programme, The Xtra Factor for The X Factor, along with former contestant Olly Murs.

After leaving The Xtra Factor in 2014, Ms Flack and Murs were promoted to host the main ITV show, replacing Dermot O’Leary.

Aside from her presenting jobs, Ms Flack has appeared on the small screen in Strictly Come Dancing and on the celebrity version of The Great British Bake Off.

She took part in Strictly in 2014 and was partnered with Pasha Kovalev.

The pair won the series, fending off competition from Frankie Bridge and Simon Webbe. 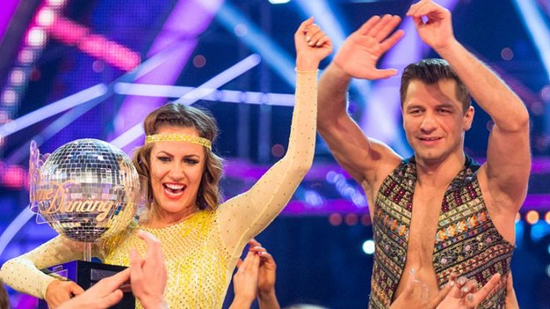 In March 2019, Ms Flack took part in an episode of Channel 4’s charity show The Great Celebrity Bake Off for Stand Up To Cancer alongside other celebrities including journalist Krishnan Guru-Murthy, actor Greg Wise and boxer Nicola Adams.

Flack made her West End stage debut playing Roxie Hart in Chicago in 2018 having previously appeared on stage in a touring version of Crazy For You.

In 2015, she released an autobiography called Storm In A C Cup.

Aside from her career, Flack’s love life has made headlines over the years thanks to romances with the likes of Harry Styles and Prince Harry.

In 2011, she was linked to One Direction star Styles, who had been on The X Factor the previous year, when he was 17 and she was 31. 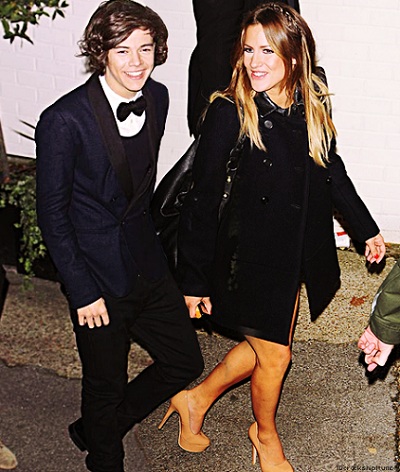 In her autobiography, Flack went into detail about how she met Prince Harry on a night out in 2009 through mutual friend Natalie Pinkham after she had split with a boyfriend.

She said they “spent the evening chatting and laughing”, but “once the story got out, that was it. We had to stop seeing each other. 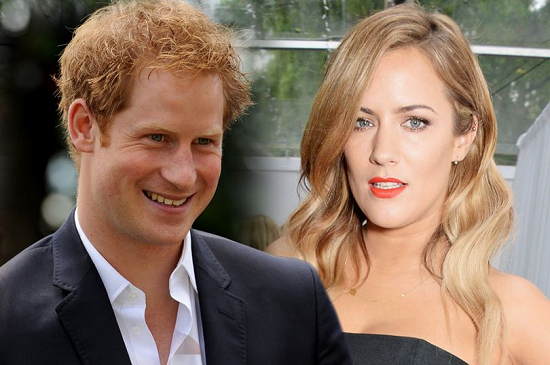 Most recently Flack had been in a relationship with former tennis player Lewis Burton.

Our sincere condolences to Caroline Flack’s friends and family on their loss.