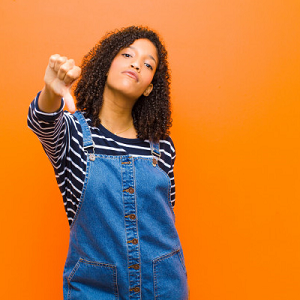 [Blind Gossip] This very talented actress is finding herself the subject of some untimely accusations.

Some former cast members are chiming in about her history of microaggressions against people of color.

While no one has launched the “R” word yet, you know that is where this is going! Her PR flacks are going to have to nip this in the bud quickly.

However, her bad behavior is nothing new to Blind Gossip readers. We were the first to tell you how her clash with a a female cast mate led to chaos and division on the set of her TV show a few years back.

Because Our Actress was a favorite of the show runner, it was Cast Mate who “voluntarily” left the show to reduce tension on the set.

Wait a minute! That event could actually work in Our Actress’ favor!

She could simply spin this story into an example of her long history of supporting people of color!

On second thought, maybe her public relations team should find another example…

[Optional] Why do you think Our Actress never became a bigger star?