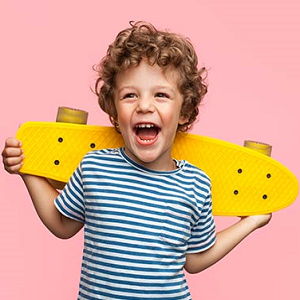 [Blind Gossip] Of all the family members that this actress could be targeting with her anger, she seems to have chosen a certain female relative.

Want to know why? Of course you do!

The popular version is has to do with some sort of spat before a family event.

In fact, that event was not the catalyst.

You actually have to go back a couple of years for this one.

It was one of the very first times the actress was brought into contact with her future brother-in-law, his wife, and their children.

Actress was on her best behavior, and was trying to impress her future BIL and SIL with how much she enjoyed meeting their family and spending time with them.

It was a casual event. The children were running around being noisy and playful.

At one point, Actress excused herself to another room to make a phone call.

She somehow wound up alone with one of the children.

Perhaps the child simply ran into the room looking for her?

Whatever the case, what happened next was the catalyst.

The Actress snapped a couple of quick photos of the child.

Perhaps it was innocent. Perhaps not.

When [SIL] found out, though, she was alarmed. They had just met [Actress] and she could not believe that [Actress] would try to photograph [Child] without parental consent in the few seconds that they were alone.

Actress tried to pass it off as some sort of innocent, spur-of-the-moment decision, but SIL never trusted her again after that.

What else had Actress done?

Had she secretly photographed or recorded them? The children? The house? Other members of the family?

That meetup did not bring them together as family. If anything, it created distrust and a desire to keep a safe distance from Actress.

It may have also been one of the reasons BIL suggested to his brother that he should slow down the relationship.

Perhaps that was when Actress decided that SIL was her enemy.

Perhaps that is why Actress leaks stories to the media to try to portray SIL as a less-than-perfect mother and person. Someone who is privileged and cold and unwelcoming. Perhaps even… unaccepting of her race? Actress has been playing the victim for a while now, so we should not be surprised at any accusation she might make.

So, what was Actress planning to do with those photos?

We did find out later that Actress actually kept a diary of all family interactions. Perhaps those “innocent” photos, taken in secret, were meant to be part of that comprehensive chronicle.

[Optional] Was the SIL right to be alarmed? Why do you think Actress took those photos?